Home›Articles›Analysis›Alexinho Analysis | From Good to Great

Alexinho Analysis | From Good to Great

An Analysis of Beatboxer Alexinho

Alexinho currently resides in Angers, France with his impressive collection of titles from the past year. In just 2015, he won the French Solo Championship, French Team Championship, Beatbox Shootout, and placed in the top 8 of the World Championships. This year, he deservedly killed it in the 7-to-Smoke battle, beating the likes of Bataco, Dharni and Bloomer.

But the question we ask today is this: why now?

Why is Alexinho suddenly being recognized for his incredible skill? What proved to be the difference? What made him good and what makes him great? Let’s take a dive into it.

Alexinho started beatboxing in 2009, when he was only 12 years old. Like many of the amazing beatboxers we have today, he was intrigued by watching several videos on Youtube. He then had the opportunity to meet beatboxers such as L.O.S., Starsky, and O’Slim, and eventually made it to his first battle that same year.

He fell in love with the warm and close-knit community and decided to take it up and compete professionally. He saw his first glimmer of success when he was the Vice Champ of the 2014 French Beatbox Championship held in Nantes.

Starting at a young age, he was always surrounded by great beatboxers, which also provided him a very solid foundation. Here’s an old battle we’ve found when he was just getting started.

This shoutout epitomizes what a routine is. He showcases all his unique sounds and mixes up the beats. This video was a huge indicator of his potential, but he still felt raw and needed the special something to tip him over the edge to become phenomenal.

From routine to performance

Alexinho’s success ultimately comes down to his drastic improvement of showmanship. He treats each battle like a complete performance and not just a technical routine by playing on his comedic style and getting the crowd fully engaged.

There aren’t many beatboxers funnier than Alexinho. He’s always goofing around and he brilliantly translates this to his performances. His perfectly timed punchlines before his intense bass drops like “makes some noise swisherle,” “deez nuts” or “esh” never fail to make us laugh and helps us realize that battling is not about being serious all the time.

"Humor is a rubber sword – it allows you to make a point without drawing blood.”

Alexinho, along with Swish Beatbox, play an integral role for our community. They both send the message that it’s okay to joke around and poke fun of each other from time to time.

But when it comes down to it, it takes guts to do a jokey routine. Alexinho did the “Pepouni + Babeli” laugh routine in the French final. Not everyone has the balls to take the risk - but it ultimately paid off for him.

Taking these risks also means that you have the confidence on stage to take them. In 2015, it was clear that Alexinho understood his style and knew that comedy was a part of his routine on top of his technicality and musicality.

With so many technically gifted beatboxers these days, Alexinho stands above them by taking control of the room. From his clean cut outfits to his dance moves, the French champion has never exuded more confidence and has shown true qualities of a world-class champion.

Transitions: From weakness to strength

One of Alexinho’s greatest weaknesses during his earlier years was his flow and transitions. His rounds used to be mashups of shorter routines, sometimes being choppy due to the change of BPM and style. His lead ups to his drops were also rushed and sometimes incomplete.

However, Alexinho acknowledged this weakness and developed flow like no other. The greatest indicator of this is his perfectly executed routine at the 4th Beatbox World Championships.

The last thing that makes Alexinho stand out from the rest is his creativity. Humor requires creativity. Mixing humor with your style and executing it well takes intelligence.

Alexinho’s ability to improvise and create unique routines at every event makes us want to watch his battles over and over again. There is really no dull moment with him!

Wrapping it all up

Alexinho’s success was a long time coming. He improved his weaknesses and went all-in with his strengths to become one of the best beatboxers in the world. We at Human Beatbox are all excited to see what else he has in store for us this year!

Thank you for reading! If you have any thoughts, please continue the discussion here.

Got ideas and want to write for us? Email us at [email protected] 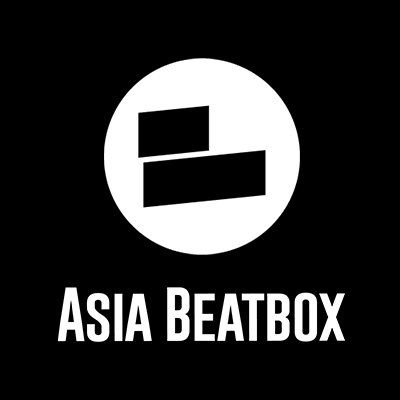 Try the 'no hand beatbox challenge!'