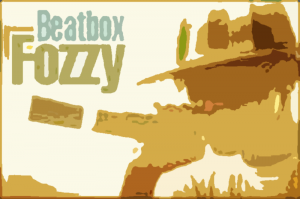 I'm Beatbox Fozzy. I'm 18 years young. I'm based in Cardiff. And I'm about being myself.

Thanks to Mayor (Associated Minds) for passing on the questions and conveying the responses. 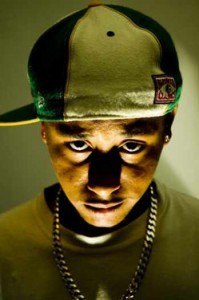 For those who haven't heard of you, where are you based and what are you about?

I'm Beatbox Fozzy. I'm 18 years young. I'm based in CardifAnd I'm about being myselGrowing up I saw people who were famous acting certain ways and I figured I didn't want to turn out like that. I'm about doing as much as I can with beatboxing whilst doing my own thing and staying the person I am today.

I just joined AssociatedMinds the crew and label. I'm trying to move up and get bigger. I'm about tightening up the gap on those out there setting the standard. I wanna be as good as or even better than those I've looked up to whilst I was a bit younger.

Who have you played with?

I've been lucky to have played alongside a whole heap of great people. That I can think of, Bodyrockers, Kela & Trip, Scratch Perverts, MC Dynamite, Blak Twang, DJ Format, errr I've also done a duo thing with Beat Muppet, X-Ecutioners, Mixologists, Normski, (who's proper funny. He said to me when I finished “If I thought you were that good you could of come on ages ago!") plus I've done some festivals, the DMC Team Finals and the Welsh B-Boy Championships so a few other people to. And obviously alongside Mudmowth and Ralph at all the shows we do. Can't forget them! We do a lot of live shows and I've been able to learn more about being on stage as well as being a performer. To be honest I'm always in the mood for performing. It's not like I do it coz I have to or for the crowd or anything. I just love doing it!

A classic question : how did you get into beatboxing?

At first I wanted to do something in hip-hop but I tried emceeing, Djing and um, singing but I couldn't get the hang of them. So then I heard this guy Rahzel. And I was thinking how did a person make the sounds with his mouth, Like a musical instrument? So I thought I'd give it a go. I used to practise every day and one day I was with my uncle Eric in my kitchen and I started beatboxing and he was laughing saying “that's old school stuff that is." All bragging about he used to do it and was the best years ago and he started beatboxing to show me how it's properly done. When he finished he told me to come back when I'd done more practise. After a month or two later of hard practise I came back and showed him how much I'd improved. I was 16 at the time and he was shocked. So he started showing me more techniques and would make them harder each time like a double kick and snare and stuff like laughing beats. People say they are the first now but all the old school beatboxers did them.

I used to just be around the house trying to practise my beatbox and making noises and all that and my mum always used to take the piss. I would tell her it was my new thing I was trying to learn and she would just laugh at me. Really that's what's driving me to become successful, I wanted to prove her wrong. Anyway, one Christmas my other two uncles, Adrian and Steve Robinson (the Welsh champion boxer) were in my kitchen again, alongside Uncle Eric and I was telling them about my beatboxing and all my uncles were saying they could all beatbox so we all started jamming at the family Christmas party. Eric was the best who was bass and laughing technique. Uncle Steven was like a clicker and Adrian was an all rounder like me, Fozzy. One time I'm gonna see if I can get all of them on stage with me to relive the moment. I dunno if they will but it would be a good night if it happens. 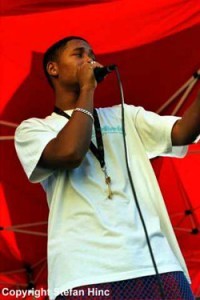 What genres of music do you listen to? Who inspires you musically?

I mostly listen to hip-hop really but I'm starting to get into more genres of music. I've been recently listening to other beatboxers and you can hear where they've come from and sometimes they can be limited by it. Like Rahzel's into his hip-hop and with Kela you can hear his love for drum'n'bass and jazz coming through. I used to be strictly hip-hop. That was all. But now I wanna learn to be able to switch into every category of music. No holds barred. I wanna be able to kill off a rock crowd. Or slay a drum'n'bass club. I wanna be "Who wants it? I got it!" Ha ha.

Musically I get inspired by loads of people. Ludacris, Biz Markie, Kela, BeatMuppet, Kenny Mohammed. I think he is musically one of the best beatboxers and I don't think he gets enough attention for what he's done. To me he should be at the top. The wind technique man - that's Kenny's.

I get inspiration from other places outside music as well. Stuff like stand-up comedy. People like Bernie Mac or Chris Tucker. People don't know that Bernie does a bad beatbox!

What do you think beatboxing has to offer the average music fan?

A lot of excitement, exhilaration and a high- Nah! Seriously that's an interesting question. When you're doing live shows you can kill it everytime. But it comes to a different matter when you bring out a record. There's only three people who've really brought out big beatbox albums but all of them have relied on the stuff outside beatboxing to bring in the listeners. It's hard.

With all the messed up shit I got in my head I reckon I'll bring out a good album. I got so much crazyness it's gonna reach out to everyone. There'll be something on there that I guarantee you'll like. Even your grandma! 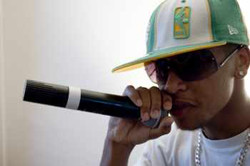 How do you see beatboxing in comparison to more conventional instruments?

The thing is this, as far as instruments go a beatboxer is like a jack of all trades but a master of none. I can make trumpet sounds but I can't play everything a trumpeter can. I can scratch but a DJ can do more. I can do loads of drum sounds but I'm not a drummer. You know what I'm saying? The thing it's your mission as a beatboxer to become a master of them. That what makes you keep getting better.

Do you work with other musicians? What tips do you have for musicians working together?

Yeah. Beat Muppet whose helped me to develop my sharpness. Mudmowth & Ralph and Paul B who help me develop my showmanship skills and how to work in a team. My girlfriend Slicky, she's a singer. My bro CT, whose got a flow like Slick Rick. He's just toooo smooth ha ha. I get along with all of them fine. It's all like a big family. And obviously the AssocatedMinds mind Mayor. We have a laugh and the atmosphere's always good. My tip is that really. If you enjoy being around people and doing what you're doing, keep doing it. If you don't then stop and do something you do enjoy. It's that simple if you wanna live a happy life. I was doing stuff before that made me unhappy but now I've moved away from that and now I can pursue what I wanna do. And that's beatboxing.

More live shows. Going as far as I can in beatboxing. I'm performing down Cardiff town in Bar 10 at a new night called Mayhem. They've asked me to host which I'm gonna do to help improve my confidence and on stage ability. I wanna improve on that. It's constantly getting better. I'm never nervous at all now but I still want to improve my stage persona. Basically going back to the question I'm gonna keep doing what I do. Working on bringing out more music. I'm on Mudmowth's forthcoming album ‘Breaking Blocks In Legoland' doing a few vocal scratches and on Paul B's mixtape. Plus I'm workuing on my own stufMaking that as strong as possible and then let the people hear it. Making it big. I wanna travel a fair bit as well. Like world tours would be nice! Ha ha! Up until a while back I'd only really been London outside Cardiff but now I'm going all over and I like seeing weird places. Like we played Leamington Spa and that's just like two streets crossing each other. Nothing there. But good to have gone there and seen it. 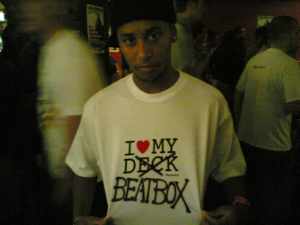 In what ways is beatboxing part of your life?

Basically everything. When I'm bored I beatbox, when I'm stressed, Or when I'm plain old showing ofBasically I'm a beatboxer that's what I do. Ha ha ha! Peace.

Come and see me live and see what you think. Shouts out to everyone on Humanbeatbox.com for the support and everyone supporting beatbox worldwide.

The first time these two beatboxers met was in a studio and the mics were rolling... We copped the audio of that jam! 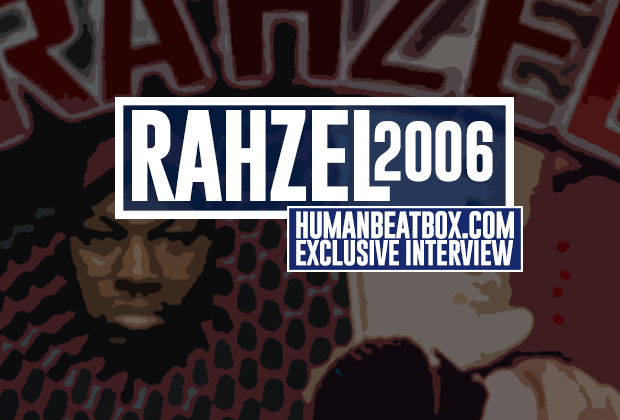