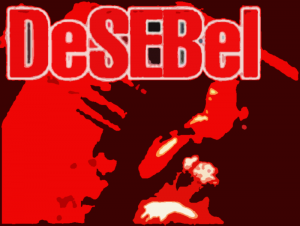 DeSEBel is an old skooler in the Beatboxing game and is very well known for his mad drum and bass beats and his infamous snare. Hobbit got to ctach up with him to ask him a few questions...

Hobbit catches up with DeSEBel for an interview...

DeSEBel is an old skooler in the Beatboxing game and is very well known for his mad drum and bass beats and his infmaous snare. Hobbit got to ctach up with him to ask him a few questions...

I know it’s a question used in all interviews but has to be asked, how did you come across beatboxing and when did you start?

I remember always making noises I heard on tracks when I was younger, somewhere I got a tape of me doing some Eastenders and Halloween covers on a tape recorded through a Pioneer Tape Deck using some dodgy Taiwan headphones, I have that somewhere still too, now that’s old school! I was around 12 at the time I think, that’s around 8 years ago but I started beatboxing properly and attempting to get places around 2 1/2 years ago when I saw a competition to get on BBC Radio 1Xtra and thought "ya know what I should go for that", next thing I knew I got a call from a guy at Radio 1, who asked me to go down, couldn’t believe it man.

Where did the name Desebel come from? 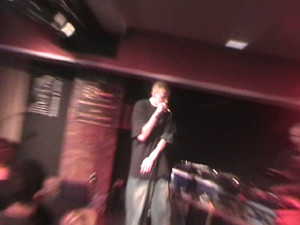 Decided I needed a name and had a mad discussion with some friends back in college one time, one mentioned it needed my name included in it (Seb) and another said it needs to be something relating to sound or something along those lines, so we ended up with Decibel, which is basically a unit for expressing the intensity of sounds, which I changed to Desebel to include my name, pretty simple really.

Which are your unique and most well known sounds?

People often comment on my snare, which is kinda unique I guess. I consider my Drum & Bass routine and Inspector Gadget to be my most well known stuff I think.

What would you say has been your best live performance and why?

Ha, tough question man, it's probably a toss up between two, one was the UK championships in Leeds about 18 months back, I knocked out Leeds' own Sholto, and managed to get to the final to face Petebox where we had a very close battle and an extra round, he finally took it but was my biggest battle to date, too heavy! The other would be my very first time on a stage beatboxing, I was at Dr Wu's and was waiting for a set to start, when they had trouble with the CD setup for their beats, so they got me up to fill in, this was the first time I had done my inspector Gadget and the place flipped out, a month later I did BBC 1Xtra with A-Plus and BB Burn, which was amazing.

By looking at your All From The Mouth profile we can see you have done many battles, how do you rate battling in beatboxing? 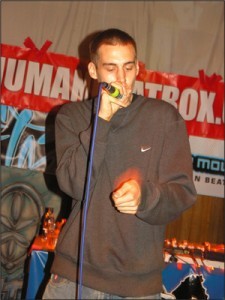 If it wasn't for battling I don’t know if id still be beatboxing, the crowds, the originality, the pressure at battles is not touched by any type of Beatbox show in my opinion, none that I’ve seen anyway, 2 people going up against each other to see who has the strongest beats on the night is just pure crazy to watch. Although I got to admit it seems lately that a lot of gimmicky stuff has helped people win battles, that don’t really show actual Beatbox skills in my eyes, but whatever entertains is good I guess.

So, have you got any ideas on releasing a CD/DVD of anything your doing? If so what can we expect and when?

Well you can see me on the Humanbeatbox.com Video Magazine 01 DVD (which can I say was not a planned thing, ha, I got asked to do this battle about 2 minutes before, not mentioning any names, *cough* Hobbit *Cough*), but at least I won and got a free t-shirt and DVD, which come to think of it I left in Shlomo's bag that night, shit. Also working on a CD, the ideas are pretty much there for the album and two tracks have been done so far, keep your eyes open!

What and who have been your main influences in beatboxing and music and why?

In music theirs so many to mention, listening to a great hip hop record isn’t really touched by anything, listening to that Tribe Called Quest, Pharcyde, Cypress Hill, Wu-Tang, Gangstarr, Mos Def, Talib Kweli, Common, Krs-One, just makes you want to Beatbox, whether it be re-creating the beats, making your own, that’s Hip Hop. Beatboxing is definitely a part of Hip Hop, it’s the fifth element, without it you wouldn’t have Beatboxing as we do today. So I would probably say Hip Hop as a whole culture is my main influence for Beatboxing.

Finish University with a degree (hopefully!), have my business up by April (once again, hopefully! by April), the album as I said is in process and to just catch a whole load of hip hop shows and enjoy myself man!, also I’ve kinda got an addiction to buying DVD's lately so im probably gonna go for the worlds largest DVD collection, then who knows, start my own DVD Rental shop man, ha.

Who do you look up to in the business?

In terms of Beatboxing you can’t not mention Doug E Fresh & Rahzel, when I first heard Rahzel I went mad and it took me about a year to convince people he actually did all that shit with just his mouth! in this country you got to mention Kela obviously, as well as Shlo who is a good example of how to get out there and be heard, A-Plus for starting this site, Tyte for taking it over and improving on a lot of things, a whole host of guys on the site, Ewan Dan for being a true geezer! all my peeps back home too who do this, Jack Flash and the whole Groundwurk crew, which you can catch at www.klinkrecords.com and all the pioneers of Hip Hop! 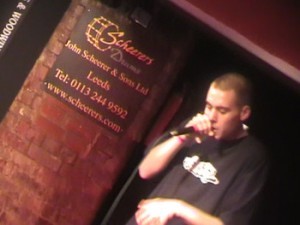 Star wars or Star trek? Neither, they’re both rubbish!

Vocal or Drums? I can’t decide, both

Rahzel or Kenny? Rahzel, just because of the amount of work he has done.

Big Brother or I’m A Celebrity Get Me Outta Here? Haha, I hate reality tv, none of them

Finally, How do you do that snare??!!

Man, I could tell you but you'd know what'd have to happen, plus I don’t really know, I already have one failed attempt at explaining it to Wan Dan on camera, ha.

Can I just say a big R.I.P to Jay Dee, who was one of my favourite Hip Hop producers, and a big big shout to everyone on Humanbeatbox.com and everyone I know! PEEEAAACE!