Home›Articles›How to get paid gigs

How to get paid gigs

Let's talk about how you can make money by beatboxing

by Vid Warren and repurposed by Jon Park

If you're looking for ways to find new gigs or take your beatboxing career more seriously, you've come to the right place. However, this guide is built for people who have performed before, because asking for money requires a certain level of expertise. Be sure you have a solid set ready and performance experience before you go out there.

Everyone has to start somewhere and your first gig might not be great, but you'll get the hang of it soon. Just be sure to prepare your most solid material in front of an audience, because every paid gig is an addition or detriment to your portfolio.

There could always be the situation where someone sees you at a gig then asks you to play at their venue. If this happens but you don't think you're ready, you're going to have to think very quickly on your feet (it's best to consider what you'll say if this happens beforehand).

Keep in mind that you've just done a gig that they already think is good enough. Consider that as a benchmark for their night; are you capable of doing a gig like that again?

Remember you'll have a bit more time to practice - usually more than a month if it's paid. If you're definitely not up for it because you don't think you're ready, don't say you're not ready. Take their contact information and ask them for more notice than they're offering. You could say that you have another gig coming up in 'whatever city you/they are in' and that you don't do gigs that close together because it would prevent anyone from pulling in a decent crowd.

If you're looking for the gigs yourself, I would recommend considering the following options:

Find a friend (or a friend of a friend) that is putting something on.

You can't guarantee that this is going to happen too easily but the more you network the easier this will be; don't wait to be asked. This will be easier in a lot of ways for obvious reasons but things can get a bit weird when you start making money with friends so it's best to choose very carefully and/or to not care deep down about the money you'll make.

Finding bands etc. you know that have gigs.

There are several different types of 'slots' so don't try to walk before you can crawl by going for the 'headline slots' when you have no experience and not enough material.

If you know a band that gets headline gigs, ask if they look for support acts. If you know a band that are looking for support acts, ask if they'd want a guest act (you probably won't get more than a free drink for this but it looks better than an open-mic to venues. If nothing else, pick their brains to find out how they got the gig and even other gigs.

Speak directly to a venue after playing there

If you've just done a great set at an open-mic night/guest spot, ask at the bar if the manager is in. If he's seen you on stage, you're in. If not, have a demo and business card/website ready.

It's important to ask him directly who books the bands and artists and definitely give an impression that you've done hundreds of gigs. He might ask about previous experience and you'll need to sell yourself well.

Personally, I'd go with bending the truth (through implication). It might sound wrong but, as long as you're going to deliver what he wants on stage, you're not screwing anybody over. If he asks for previous experience, name other open-mic night venues that you've done as if they were gigs. If you've played in a jam tent at a festival say 'on stage at...festival'. There are countless examples in this business and many others in which you need to pretend you're on the third rung of the ladder to get onto the first and you don't need to flat out lie. The advantage of this 'middle-ground' is that, if you get caught out, it can seem like it was their misunderstanding. It's a spectrum so tread carefully.

If you're going to be entirely honest, I'd recommend not mentioning certain things unless asked. Write out a list of questions to ask the venue, because the more they're talking about themselves, the less they'll ask about you.

When they do ask questions, there are several terms that reassure people that you know what you're talking about, e.g. if someone asks if you have a manager, don't say 'no'; say that you're 'self-managed etc.

Be resourceful. You may have to figure out ways to relevantly mention other aspects of music you have experience in. For example, say you wanted to mention workshops you've done, you could say something like: 'It's a great atmosphere here tonight, the crowd seemed really fascinated by the beatboxing. It reminded me of a recent workshop I did.'

I think that even if you have half an hour of wicked beatbox material, venues won't believe that it's diverse enough (at least not without recommendation from another venue). They won't listen to half an hour of it on CD either. You might get paid for 'compère-ing' and beatboxing in between sets but for that you're talking about festivals/street parties etc. and you probably don't want your first paid gig to be in front of more than about 200 people.

They'll want you to leave a demo, and possibly a biography, press-clippings, website, social media, a catchy one-liner to put under your name on a flyer.

Have all this stuff ready, and go visit several venues within a day.

Choose the venues carefully too. Don't go into a metal-based venue with hip-hop beats. You never know when you might end up there through someone else putting on a gig. A lot of places are scared to try new things and rightly so because there is a lot of shite out there. They won't want to take the risks. Start out in venues that you've seen beatboxing in or, failing that, that you've seen related genres (more so to beatboxing in general than to your style of beatboxing i.e. hip-hop, d&b).

Research the venue first. They might have a smaller 'sister venue'. If you can find a place with an open-mic and a sister venue, you can get a reference that's as good as your performance. There is a balance though because they'll know that you were then willing to play for free. You could mention that it was to promote something specific (a charity gig, CD sales, another gig) or that you were trying out new material.

Those are the most likely ways of doing first time gigs. The more you do, the more you get offered. I generally get offered one gig each time I perform. You'd be surprised at how much you'll get recommended.

When you've learnt the ropes, you might want to consider looking for residencies (regular monthly/weekly gigs in a venue).

If you enjoyed this article, please share it with your friends. If you have any advice or suggestions, please comment below! 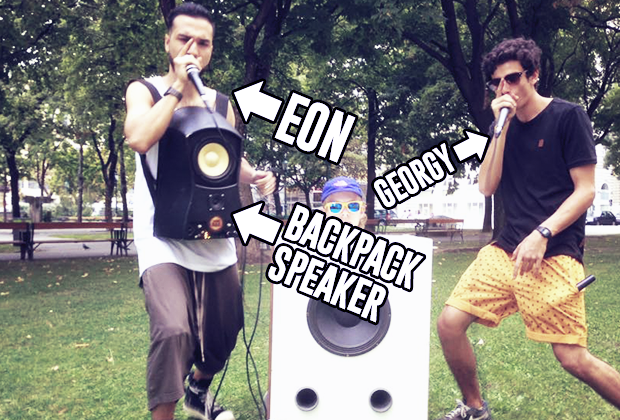 Beatboxers are building a backpack speaker for ... 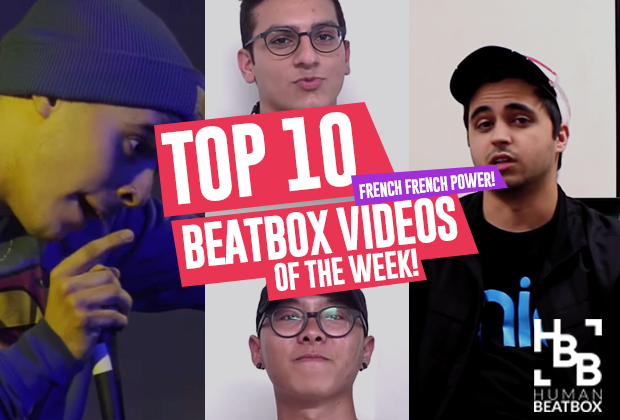