TyTe catches up with Joel on his current Australian Tour. 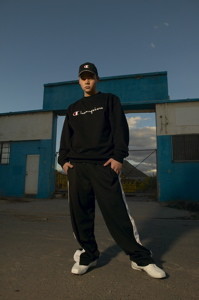 When Joel Turner was growing up he cared for only four things - Tupac, Bone Thugs-N-Harmony, Eric Clapton and B B King.

First he took to drums, then to beatboxing on the bus... and, well, the rest is history. Now at 18, Joel Turner, with his band The Modern Day Poets, is the sound of Australia. Forming The Modern Day Poets with his brother, Dub LT, and cousin, C4, the group's first offering was the haunting gold single These Kids - that became the third biggest selling single in Australia 2004.

And while Australian Idol may have been the wedge that launched Turner to national prominence, one could safely assume this young man has found his own groove. Joel’s second single ‘Knock You Out’, featured ‘the man’ Anthony Mundine, and his third single, 'FunkUup' will be released in May 2005.

TyTe called Joel up on his mobile before a performance in Sydney...

How did you first get into beatboxing?

I started playing the drums when I was seven. It's kind of a long story but the way it happened was that I didn't have a drum kit to practice on, so I started by - when I was on the bus on the way to school - practising by grinding my teeth together. And they were my first little beats. I could make beats in my head and then when I opened my lips it sounded like (Joel gives us some teethboxing). My mate told me a few years ago that it was beatboxing, so after that I just started getting into it and practising every day. Later on I found out about Rahzel and I listened to his stuff and this influenced me to get into it more. Over the last four years I've been hard out beatboxing every day.

You have made the transition from an unknown beatbox artist to a national beatbox icon. How does this make you feel, and what did your family think when you got your first recording contract?

My parents, they were just stoked for me. It's been a big change and I'm stoked that people have accepted me - I wasn't sure how it would go, releasing a beatbox song. All I want to do is get beatboxing out there for everyone, and in Australia help try and push it along here. It's been a good reaction from everyone so I'm pretty happy about that. I'm so privileged just to be able to go around beatboxing and meet unique people, because that's what I like doing, performing to other people. 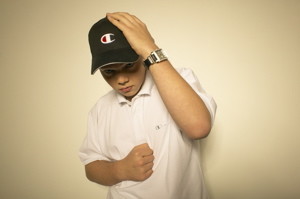 You're a multitalented artist - you write, you sing, you beatbox, you play guitar. Do you think of yourself first as a beatboxer, singer/songwriter, instrumentalist or all three?

Yeh, I think all three. I love the beatboxing but at the same time I can't leave my guitar out because I've been doing that since I was young too - nine years old. Guitar and beatboxing have been my main two things. I'm still working on my singing, but yeh, I'd consider myself to be all three.

What do you think are the magic ingredients that have helped you rise above others to achieve stardom?

I'm not sure - I suppose it was all luck! You know how they've got Pop Idol in the UK, well I auditioned for Australian Idol, but they wouldn't let us on the show because I knew they wanted pop singers, not hip-hop people. But we just went there for fun anyway - just to go on the day and check it out. I beatboxed but they wouldn't let me on the show, but what they did was call me back to perform at the grand final show at the end of the year and that was my first chance to beatbox on stage. It all went from there. After that grand final show it started to pick up and people got interested in the beats.

How do you maintain your integrity as an artist when there are so many pressures that come with being a celebrity?

I just block it all off because if I think about that stuff it'll just make me go crazy, so I just try and stay chilled out as much as possible and stay true to myself and what I do. 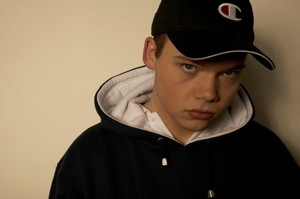 You've always been making sounds, and like many, were influenced by Rahzel several years ago. How did you go about developing your beatboxing once you realised it was a recognised artform?

Because I was bored and didn't have a stereo at home - another reason why I was always beatboxing - I started out by beatboxing every day and then beatboxing on the street. I'd find someone else who did it and I'd be like, 'Oh you do it too' and we'd battle and then I'd start meeting up with other beatboxers and doing stuff and it all came with practice. I developed such a love for it - just walking around, on the bus, going to school, walking around in school, in class and the teacher would turn around and yell 'Shut up!' So that's how I got here today - constantly practising. I've always worked on loud beats. I like my beats to project. I started with the old school beats and then slowly worked up to the fast stuff whilst trying to keep it fat and bassy.

Have you ever visted humanbeatbox.com and if so, how has the site helped you as an artist?

Yeah, some mates of mine told me about the site and I finally got the chance to check it out - this would have been about two or three years ago now when I first visited the site. I think it's great man, what you're doing for everyone out there - you put the tutorials on there plus forums where people can write in and exchange beatboxing tips. I think it's good. It also helped me because it had beatboxing tracks on it. It helped me because I got to understand a lot of different styles - everyone's got their own unique style of beatboxing. This helped me develop my own style.

There's my 'teeth beats' and my high - what I call my 'third' voice which is (Joel gives us an example). That's my high squeak which can be used for different sounds like lasers and hydrolics (another example). Or my teeth beats which are like (Joel beatboxes with just his teeth). I freestyle every session when I get up and beatbox and it changes every time. If you're on a roll, you accidently make new sounds on the spot.

How did you discover you could make the high pitched squeak sound?

I found it out by using the throat. It's actually like a scream. You place a lot of air pressure against the back of the throat and you go (Joel makes the squeak sound and then uses it in a skit). There is heaps of different stuff you can use it for.

Anything else you want to show us?

Yeh, my cow bell (Joel rips it up with another amazing sound). I discovered it by accident. I was beatboxing and did a backwards hiccup but with a 'k' (Joel demonstrates). You breathe back with an attack on it and you eventually get it hollow sounding, and eventually you get it down your throat so it sounds like a real cow bell. It takes a bit of time. It took me about a month to get it sounding clear. 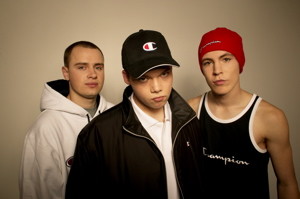 When and how were the Beatbox Alliance formed?

The producer of the Australian Idol show - for the second year grand final show - came to me and said he wanted to try something different and asked if I would be up for another performance. I was like, 'Yeh, what do you want me to do this time?' and he asked if I could ge a group of beatboxers together and get them to perform on stage to beatbox with an orchestra. I thought that would sound pretty cool, so I got my mates to make up an orchestra track and then I put the beatboxing over the top. The way we found the beatboxers for the show was we did battles. We hosted them in the capitals of Australia across three different States. Three hundred beatboxers showed up for each battle and we had to finally eliminate them down to ten - and that's how the Beatbox Alliance was formed. And now they're on tour with me - performing our songs - and for the hip-hop show we have nine beatboxers on stage and all the beats are done live.

Do you have any plans to make recordings with the Beatbox Alliance?

Yeh, after this first tour I'm doing at the moment we're going to record a second album which the beatbox alliance will feature on. 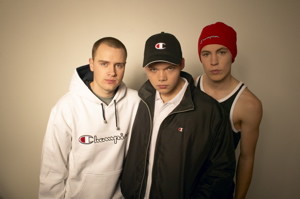 Do you have any words of wisdom for newcomers who want to pursue a career in beatboxing?

The way I got my skill up from the start was practising every day. You've got to love what you do and if you've got the passion it will come. It's experimentation, sitting there and working out all the different parts to your voice. There's so much different stuff you can do. I've just been working out the Tibetan Monk thing (Tuvan throat singing) where you get two different vocal tones - two different harmonies with the voice. There is so much different trippy stuff you can do with your voice. Listen to other beatboxers that you like or look up to like TyTe (I didn't pay him - ed), Scratch, Rahzel and get a love for it.

And finally, do you think you could battle Tyte and win? 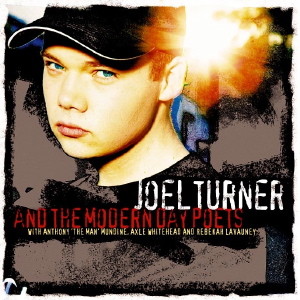 Could you give us a shout out to humanbeatbox.com?