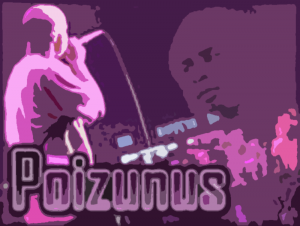 From the frozen tundra, he comes amongst us... 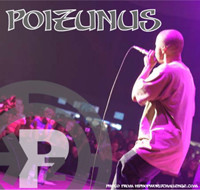 Well when I was young I would just play around with my friends making sound effects, imitating voices, and kicking simple beats here and there. I never really took what I was doing seriously; it was all just for jokes. One day I say a commercial on tv, and there was this guy making beats and humming a melody at the same time, and it blew me away. That was probably the first time I ever saw some else doing it.

It wasn’t until high school (when I heard Rahzel) that I realized that what I was doing was called “beatboxing”. From that point on I started doing it more often, trying to imitate “IYMOK” and everything else Rahzel was doing.

Who is your fav beatboxer?

Hmmm…it’s hard to name one favorite. The beatboxers who had the biggest influence on me would be; Rahzel, Kela, Scratch, and Kenny.

Well, when people get to know me they usually tell me Im different than most, or Im not what they expected. So the name poizunus is used to express me as a whole. Its kind of an alternative meaning or symbol to remind people not to judge a book by its cover. I mean, Im not gonna poizun you with my beatboxing(that would be jokes), well at least not in a literal way. Its kind of like a metaphor for me giving you/the crowd a different taste of live instrumentation (beatboxing), which comes straight from the soul. And I think it sounds cool.

Do you think there are many up and coming beatboxers that will 'make it'?

Have you taken part in any competitions?

Yeah, I’ve been to a few competitions. The only real competition I’ve been to though would be the Hip Hop World Challenge in Leipzig Germany. I say real because it was judged by actual beatboxers. Not just by some random cat who selected based on his taste in music.

Have you won any?

How did you come across humanbeatbox.com?

Damn. I was actually in class doing a search on yahoo for beatboxing while my prof was giving a lecture. There weren’t many results, except “beatboxing.co.uk”. I checked it out and from there I was hooked. 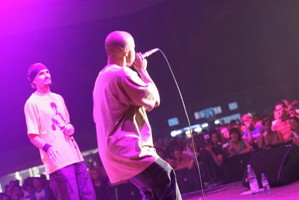 Do you have a unique sound?

Yeah, it’s hard to explain, but I have a vinyl scratch that kind of sounds like a zipper that comes from my teeth and lips. The only thing is that it has a mind of its own. For example, if I have a gig at the end of the week, I’ll hit that scratch no problem everyday leading up to it. Once the day of the show comes around, my scratch doesn’t want to come out. I think it’s more of a mind thing and I need to learn to relax more before a gig.

Have you been on tv if so doing what?

I’ve been fortunate to be on tv a few times actually. The first time was for a battle on Canada’s music channel “MuchMusic”.

I’ve also been featured a few times on this show called “Speakers Corner”. Basically, in Toronto there’s a booth where you drop a $1 and you get 1 min to speak your mind, or beatbox. They choose the best footage and create a show every week.

My boy “MC Divo” also hooked me up with a “MuchVibe” commercial opportunity. We killed the audition, and got the chance to film an advert promoting the station. You can check that out on my web site http://www.poizunus.com, I've also just finished recording another 5 sec spot for MuchVibe, check for that in the next few weeks.

Any advice to new beatboxers?

Stay original. Don’t get me wrong, imitation to creation is something I and many other beatboxers have done to learn the basics. I think it’s one of the best ways to learn anything. Although, once you get to a certain point in your career, you have to ask yourself “who am I as an artist?”, “what makes me different from the next beatboxer?” If you can’t answer that, then you have to find a way to separate yourself. Otherwise you won’t make it far as an artist in any industry.

How do you think you compare to other beatboxers?

There is always room for improvement. No matter how good you think you are, you can always get better. Once you stop believing that, that’s when somebody else will come and surpass you.

Do you have any forthcoming CDs or DVDs?

BBE for putting up with me. BBBMAG for organizing and amazing weekend in Leipzig, Germany and HBB for giving me the opportunity to do this interview.

Also Shouts to Hustlin Beats(Ryan Ruckus), Soul Providaz(Natural MC), Terry Go(Vybe Dance Co.), Vivid MC, Drunken Fists, Divo for Street Science Ent., D.O., (MuchMusic)Trevor Francis, Kid Lucky, Bee Low, Each, Beatmaster G, Wan Dan, Spy Eyes, YasSon, Deano, Abra, Micism, the original "beatboxing.co.uk" crew. To all the cool people I met in Germany, and to everybody who showed support, and was there when I needed it. If I left anybody out my bad, you can hit me out here: info[at]poizunus.com