No, this isn't TyTe stripping on a cross-channel ferry, but his Logic X channel strip (based on all the packaged plugins) that he uses as a base for his beatboxing recordings. And here it is...

Here's a screenshot of the channel strip (click to enlarge):

The Channel Strip contains the following:

The Channel EQ is a very simple. A cut off the very low frequencies to cut out any unwanted rumble or pops, a small boost in the bass frequencies, a slight broad dip of mid frequencies and a wee boost of the presence range of high frequencies. Nothing too severe so I can tweak it from here on in...

A reasonably hard compressor. Not too much - just enough.

The audio purists will slam me for this but this noddy plugin gives the sound a nice gentle presence boost that I like.

A very small amount of echo gives the sound a bit of movement. Again, not too much.

Being a mono source, I like to give the sound a bit of stereo spread. It's better than other spreads such as Flora and Marmite.

Because my beatboxing isn't exciting enough, I add a few high-end harmonics with this scintillatingly sonic aural exciter!

And finally, a limiter to keep those pesky signals within limits.

And here's some beatboxing... 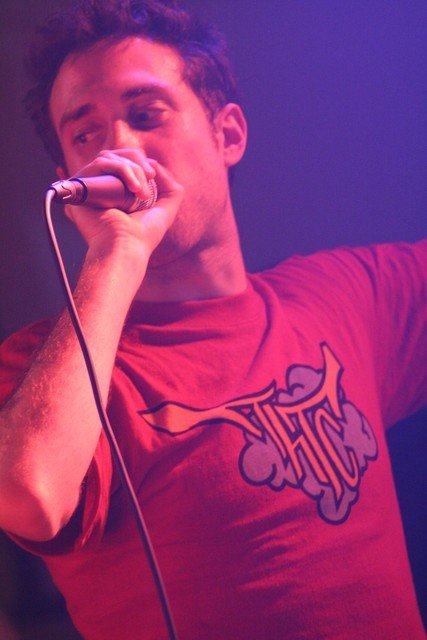