Who is B-Art? | Beatboxer Highlight

Today, our focus is on B-Art, the throat bass ace.

Please note, this was written in 2015 on We Talk Beatbox.

Truth be told, B-Art was actually the first European beatboxer I've met in real life. Although star-struck, I was at a loss for words when I had the opportunity to meet him at the 2014 American Beatbox Championships. Let me tell you, I was absolutely blown away by how humble and nice he was. It really made a huge impact on me and my understanding of what being part of the beatbox family was all about.

I thought I'd start with that, because we form assumptions and construct certain perceptions of beatboxers by only watching Youtube videos and it's really easy to fall into that trap. Without going on too much of a tangent, let's talk about B-Art as a beatboxer.

He stands as the most avant-garde and imaginative beatboxer in our beatbox family, continually influencing the international community by crafting new techniques and summoning some of the most monstrous noises.

B-Art is from a city in the eastern region of the Netherlands called Doetinchem. He began beatboxing in 2010 under the name B.P.M. (his first few youtube videos under the same name). He also performs in a tag team with his friend Timmeh, the duo being dubbed as Polyrhythm – which is a technique of performing two different rhythms at once. However it seems like he’s also got a new partnership with Ibarra up his sleeves for the upcoming 2016 Grand Beatbox Battle.

He states his major influencers were Daichi and Reeps One and began building his arsenal of sounds by beatboxing covers to popular songs. He then made his explosion in popularity in 2013 in his unique Emperor of Mic Wildcard video. When I came across this video two years ago, I instantly became a fan and knew this guy was something special.  In just 5 years, B-Art has made incredible strides not only as a beatboxer, but as an influential figure in our community.

His success is evident through his collection of shiny new silverware. In 2014, he was crowned champion at the Dutch beatbox battle and again in 2016.  He also went out to beat Villain, Omni and Beat Rhino in the Battle of the 5th Element based in New York City produced by Beatbox Television.

B-Art was also crowned champion in the European Beatbox Masters tournament, beating out GNO, Vesko, Big Ben, and SidFX along the way. The battle versus Big Ben in particular was a joy to behold – going down as one of the best battles of the year.

B-Art’s fearless innovation has changed our scene’s style as a whole – playing a huge part in the shift towards bass-heavy routines. It almost seems as if he comes up with a new way to abuse his vocal cords into synthesizing a new sound every other day.

He proudly champions his demonic inward throat bass and growls, which almost every beatboxer thrives to emulate. The layered sounds grow incredibly complex and are arguably the most recognizable sounds in the entire scene. Due to his signature throat bass, his most common musical genres fall under dark-energy electro, drum and bass, and dubstep.

And let’s not forget this incredible lip oscillation control, which is an art in itself. But more recently, he’s really embraced his signature vacuum and his r-r-r-r-ocket launcher. 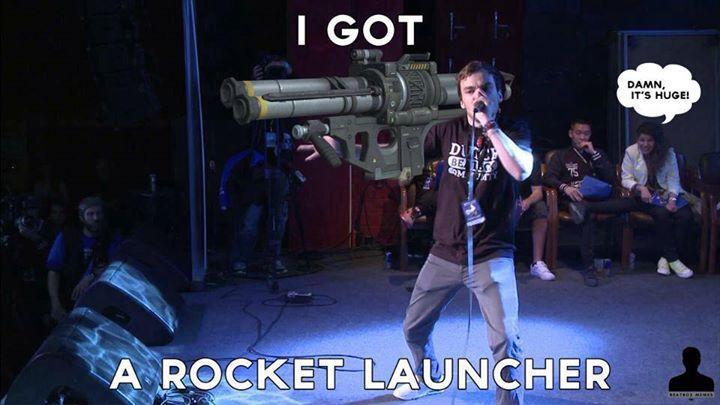 One of many hilarious memes created by Beatbox Memes

B-Art recently spoke up about the importance of showmanship in a recent Beyond the Beats episode and emphasized that being able to feel your musical energy and move the crowd will play a huge part in executing a top performance. One could say that showmanship was actually one of B-Art’s weaknesses when it came to battling, but he has shown immense improvement in the past year.

One of the biggest improvements in his showmanship is his endurance and energy level. His routines take quite a toll on the body and it’s even more difficult pulling them off on stage.

You can see the difference here in interactions with the crowd from just two years ago. You could tell he was simply paying attention to his beats and not taking a glance at the crowd. Perhaps the casual crowd setting didn’t help, but the change is evident in the European Beatbox Masters, where B-Art’s musical energy flows through him and really gets the crowd going.

Man oh man, B-Art’s musicality is often underrated and his technicality is out of this world. Perhaps – from outer space.

This video is a perfect example of technicality and musicality that B-Art brings to the table, being a wonderfully structured mix of musical basslines with perfect variations. B-Art’s average tempo is clocked at 93 bpm and uses 6 different beats transitioned throughout this two minute routine. Talk about flow!

In terms of musicality, the tension that is built prior to the heavy drop is crafted to perfection. The increasing pitch of the throat bass with the variation of the lip oscillations, B-Art represents the idea that great technicality also brings great musicality.

B-Art’s technicality is very self-evident. Technicality is defined by precision, mechanical ability, and complexity in sound creation. Many people have the misconception that technicality is all about speed, but B-Art stands as the prime example of the flipside of the definition. Again, his crisp variation between the lip oscillation and throat bass in the drop is an incredible feat and the drop itself – a delightful mix of inward click rolls and throat bass – is a joy to behold.

B-Art goes down as a trailblazer in our community, championing some demonic noises that have progressed our scene as a whole. If I were to boil down his style and describe him in one word, it’d be:

Be sure to follow B-Art on social media! He’s one of the most active beatboxers online and definitely worth checking out!

Thank you for liking and sharing, Human Beatbox fam! Tell us in the comments below how much you love B-Art 🙂 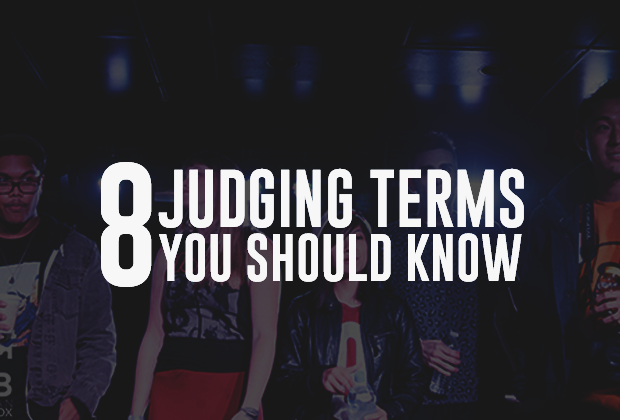 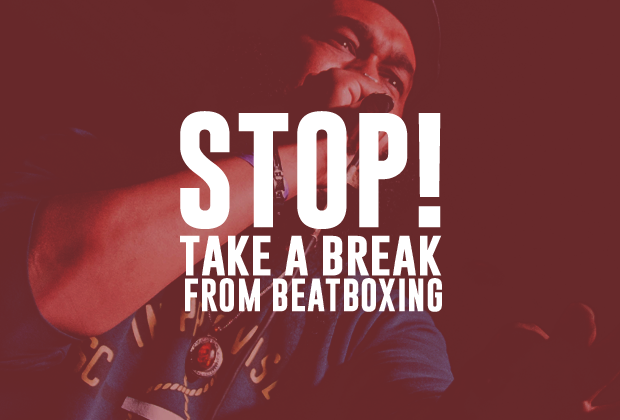 STOP! Take a break from beatboxing!