Mark Martin is an american beatbox champion. He grew up in Connecticut, later moving to New York City, and has beatboxed for much of his life and pushing the artform into new boundaries. 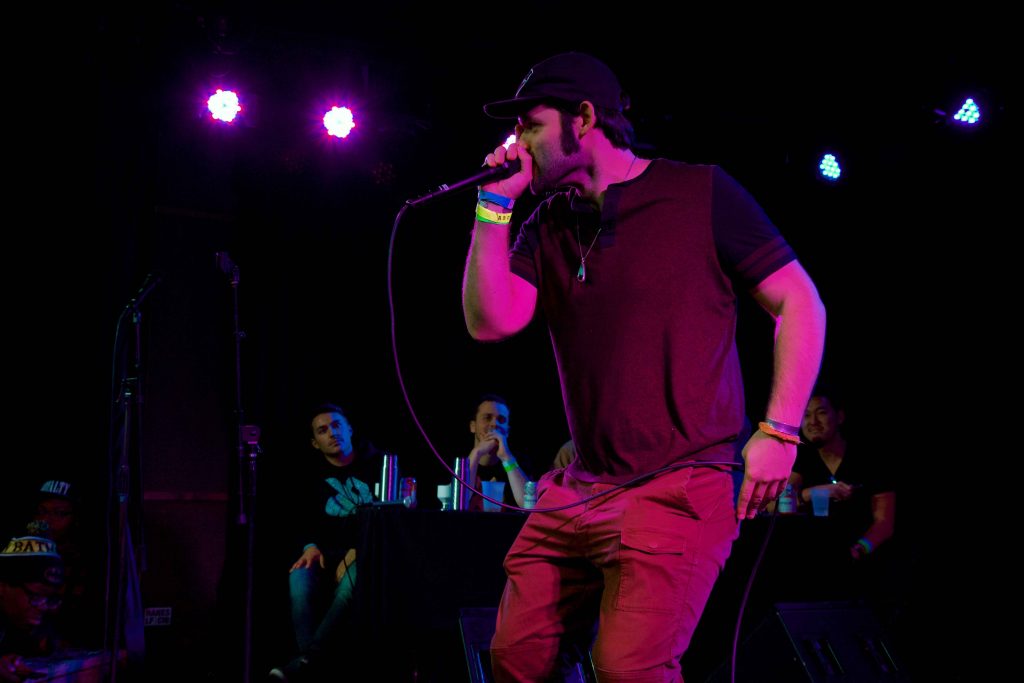 Mark Martin has been beatboxing since the age of 12, stating his desire to play the drums but his parents wouldn’t allow it. He grew up playing jazz bass and would listen to the drummers. “[The drummers would] speak fills to each other. I was inspired, and began to imitate songs I listened to, which was a mixture of hip-hop like Busta Rhymes, Cypress Hill and Will Smith with metal bands like Korn and Primus, all within the world of jazz and funk.”

While in high school, Mark had been the vocal percussionist for various a capella groups, when in 2009, he met Kid Lucky and other NYC beatboxers.

“We would beatbox on the street without amplification to provide beats for rappers, poets, and dancers. I learned a lot from Kid about the technique of BeatRhyming, which focuses on words and speech used in beatboxing, which aligned with my early gibberish style.”

Through the community, he met the battle community and attended the 2011 American Beatbox Championships, calling himself “Mandibul”. At the time, his focus was on looping, which he loved for its instant results and authenticity that his producer friends could not achieve.

Mark attended New York University (NYU). He explored the relationship between beatbox and speech, making his major around the idea of beatbox as a language. After graduating, Mark auditioned for the a capella musical theater show “Voca People” for which he toured internationally as a beatbox speaking alien. After 5 years on the road, Mark retired from the group to focus on his career as a musician and beatboxer in NYC. 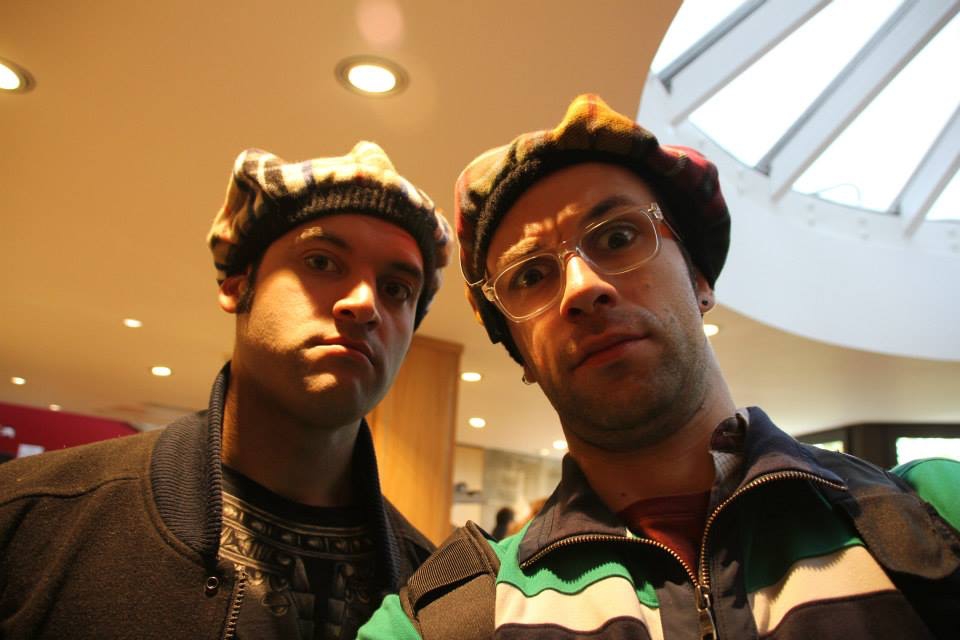 In 2015, Mark had made top 16 for the first time at the American Championships, but lost in the first round to Texan beatboxer, Mike Lackey. He also made semifinals in the tag team category with tag team partner, Kaila Mullady, under the name, Power Couple. The next year, Power Couple was invited to compete in the first tag team category at Grand Beatbox Battle in Switzerland, along with fellow American beatbox teams, K-PoM and SpiderHorse.

[Read more about Mark Martin and the 2016 American Beatbox Championships]

“The musician that probably inspired me the most as a kid was Les Claypool of Primus. He’s a bass prodigy that redefined how a rhythm section instrument could become a lead instrument. It inspired me to push the bounds of what an instrument is ‘supposed’ to do, encouraging me to explore the sounds I made every day and how I could recreate and expand them.

The musicians that inspired me the most in feeling were J Dilla and Flying Lotus, encouraging me to take my knowledge of swing from jazz and apply it to a new musical landscape.

The beatboxer that most inspired me was Reeps One, his exploration and philosophy of beatbox encouraged me to keep pushing down the path to redefining what we are doing.”

What music influences you?

"I am very inspired by feel and swing, and have been deeply influenced by jazz, funk, afro cuban, and latin styles. Recently I have been listening to a lot of arabic and indian music which use microtones and time signatures other than 4/4, 3/4, 6/8. Listening to my beatboxing, there is a definitely strong influence of dubstep. I grew to like the style because it was a powerful synthesis of the music I listened to, both hip hop, EDM, and metal."

"I want to continue to explore the bounds of beatboxing and self expression. I believe that beatboxing helps us understand ourselves, and beatboxing will be an essential tool of the future." 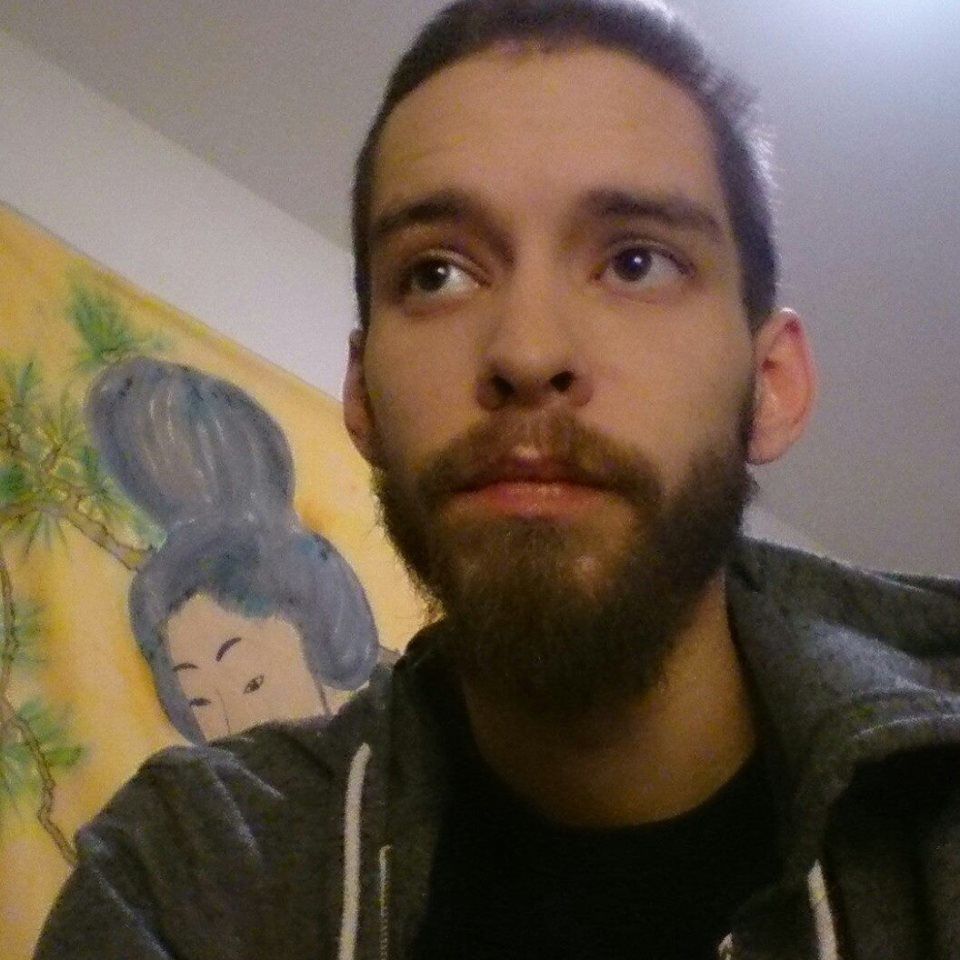