‘The mic master seems to have an orchestra living in his throat: trumpet blasts, guitar strums and samples from classic songs including Michael Jackson’s "Billie Jean" effortlessly spout from his mouth’
Time Out, NY

These are apt quotes to describe the performance of one of Australia’s most prominent and respected beatboxers and serial pests. Only in his mid-twenties Tom Thum has achieved and experienced more than most artists could hope to achieve in a lifetime. From winning the team battles in the World Beatbox Championships in 2005, to fulfilling every artists dream and performing on Broadway in New York with the Tom Tom Crew, Tom has seen his fair share of accolades and well and truly paid his dues.

Raised by the small but accommodating Brisbane hip hop scene, Tom started out as a graffiti writer and a Bboy but slowly rose to recognition through his ability to produce unhuman sounds and his natural knack for performing and weaselling his way on stage.

Following on from the 2005 victory in the world championships in Germany, 2006 saw Tom travelling to Ohio to secure a second place position in America’s most prestigious hip hop battle, Scribble Jam. More recently, Tom was invited to perform and exhibit in the 2010 world beatbox convention in Berlin, in front of many of the worlds most respected and revered beatbox artists, blowing away even the most cynical of critics with his performance. It is not surprising with achievements such as these, he has been seen fit to share the stage with hip hop legends such as Afrika Bambaataa and Grandmaster Flash.

As a solo artist, Tom has proved time and time again that he is a creative force to be reckoned with, whether using one mic, loop pedals, spinning on his head whilst beatboxing or even playing strange instruments in obscure ways they were never intended to be played. Alongside others, he is an essential ingredient in the alchemy of creating sonic gold. Teaming up with long time DJ friend Sampology, saw the formidable duo playing countless festival spots and supporting and impressing a range of Hip Hop heavyweights, from Dj Qbert and Mix Master Mike to the X-Ecutioners and Blackalicious.

In 2007, Tom began touring extensively as the front man, beatboxer and breakdancer with the Tom Tom Crew: an energetic show, explosively fusing the worlds of Circus and Hip Hop culture, alongside many of Australia’s leading musicians and performing artists include Ben Walsh and Luke Dubber of Hermitude. This has seen Tom and the crew perform with critical acclaim to sell out seasons In Brighton, Edinburgh, New York, London, New Zealand, The Netherlands, Sydney, Melbourne, Brisbane, Perth, Berlin and Hamburg, culminating in a record breaking 23 sold out shows at the Edinburgh Fringe Festival. 2011 / 2012 has been yet another exciting time for the Tom Tom Crew, after sell out seasons in Berlin, Ann Arbour, Montreal, Adelaide Fringe, Bahrain & Bogota with a 3-month German tour on the horizon.

Tom Thum is also a Producer of label Born Fresh Records, founded by himself and three established Aussie hip-hop artists. Spawned by the need for a label which supplies management and promotion of quality music within the Australian Hip Hop scene Born Fresh came into being. Currently the label represents Tom’s own Tommy Illfigga as well as Crate Creeps, Eloquence and Truths, Enough Rope, Mr Hill, Prophet Rayza, Seven and Vegas Aces. Born Fresh Records has been a welcome addition to the Aussie flourishing Hip Hop scene and certainly well credited in the media recently.

At Adelaide Fringe 2012 Tom debuted his solo show BEATING THE HABIT to sold out audiences and picked up coveted UNDERBELLY EDINBURGH AWARD which will support his 2012 UK tour beginning July at London's Southbank before he moves on to Edinburgh Fringe Festival in August.

As Tom’s experience within the music industry expands, he plans to push the limits of the human voice as far as inhumanly possible. Enrolling the help of numerous loop stations, Tom has been conducting DJ sets using only his voice and nothing else, propelling crowds across the country into a frenzy of jaw-dropping disbelief, as he re-creates and remixes classic joints and jams from all eras and genres.

You might see him on a stage at a festival looping up a storm or supporting anyone from the Hilltop Hoods to Blue King Brown, or you might catch him annoying the hell out of commuters on public transport. Either way, you will notice him soon enough.

Keep an ear out for Tom Thum.

Through all this, Tom remains a solid member of the local Brisbane Hip-Hop scene as a breakdancer, graffiti writer, emcee and producer. He also has a collection of fierce animals. 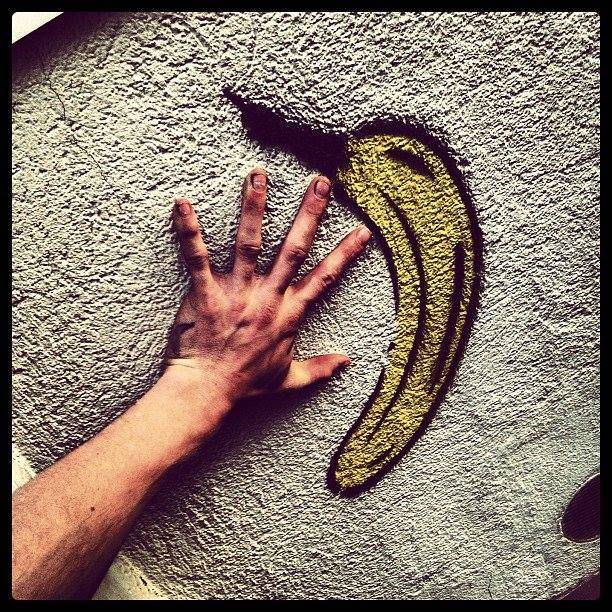