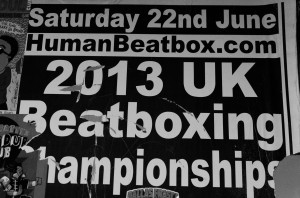 Saturday June 22nd saw the most intense UK Beatbox Championships in recent years, as the crowd was hit was an onslaught of amazing beatboxing. 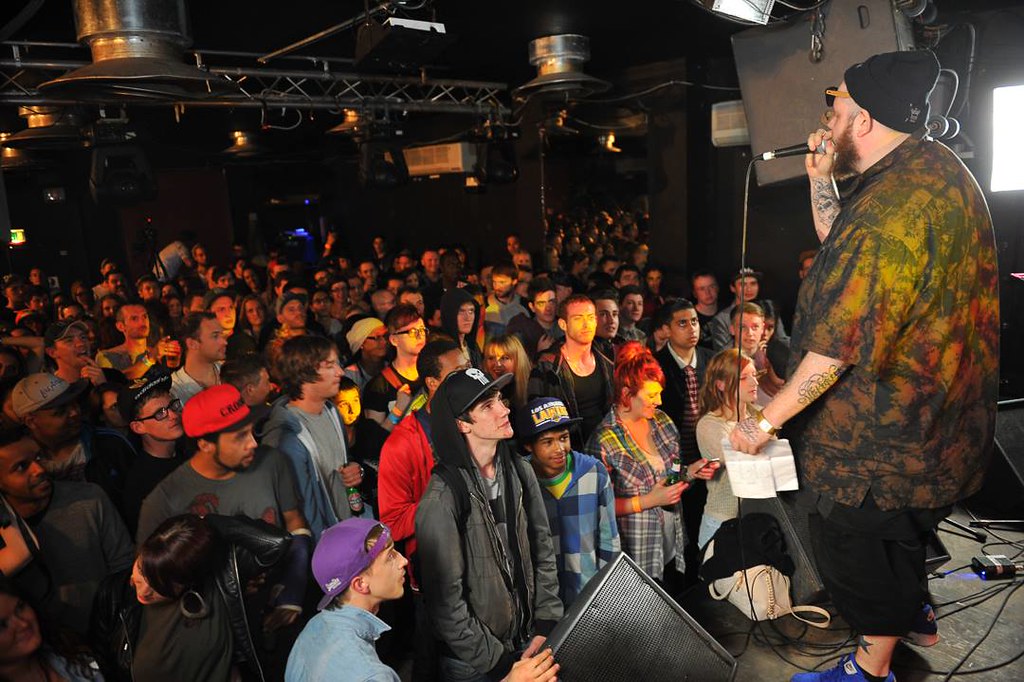 Having moved to a new venue at Brixton Jamm, and including a new looping category, organisers had their hands full keeping everything on track as over 50 beatboxers competed for the four titles up for grabs:

The day kicked off with the eliminations, a four hour marathon where each competitor had a time slot to show what they can do. This section was hosted by 2008 UK Champion MC Zani, and scored by judges Bellatrix, THePETEBOX and Faya Braz, to be compiled afterwards in to the battles.

The most exciting part of the eliminations was undoubtedly the looping section. As a new category to the UK Champs, the question was, can looping work for a battle competition? Looping performances often take time to develop as the artist layers more and more tracks to build the piece. Would there be enough excitement to warrant the category in the battles? The answer was a resounding YES! Despite some rather serious technical difficulties (or more specifically a sound man that disappeared throughout), the crowd was treated to some amazing music. 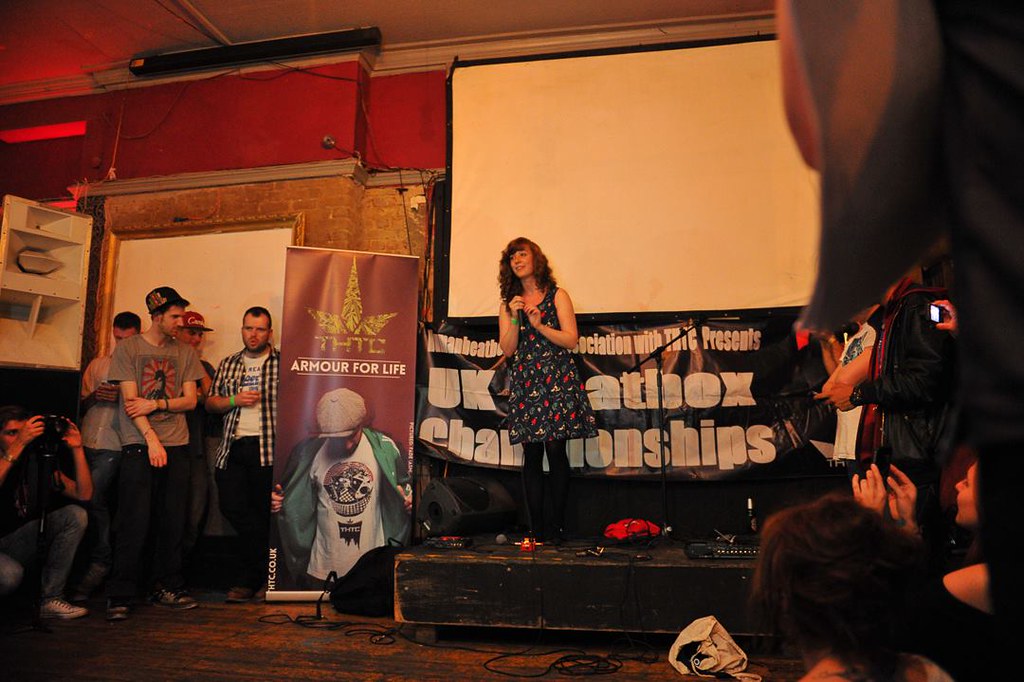 Hobbit opened the looping section with a blazing, energetic set that absolutely set the stage. The reaction from the crowd was electric and one could sense how many of them were astonished at what was possible. TBG took the music in a wholly different direction as he stepped up with some amazing rhythms and bass in his swinging, samba-rific loop set.

Mr Phormula opted for a Kaoss Pad 3 rather than a foot pedal based unit, and stunned the crowd with a completely unexpected machine gun rap that got everyone going mental. Brilliant. Last up was newcomer to the champs, Ness, who overcame substantial technical difficulties to deliver a more melodic, vocal performance that got her a huge cheer from the crowd.

Once all the eliminations were complete, the judges headed back stage for some much needed chow, and to get on with the task of tallying up the scores. This was no mean feat, as they had to take all 40 solo competitors and rate the top 16 who go through to the battles!

Things were slightly easier for the other categories, which had considerably less competitors, but none-the-less it took over an hour to complete the task and have everything ready for the battles to commence in the evening. 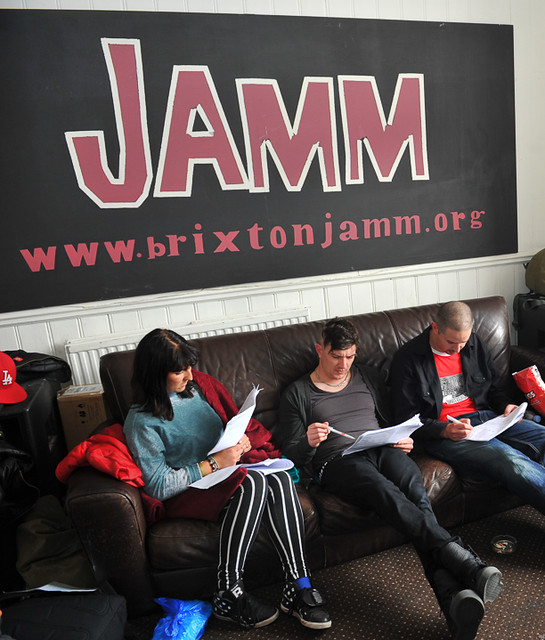 The Brixton Jamm is a great venue for this event with two rooms to spread the action (the main room being fed by projector in to the second room for those not able to get in for the crowd!), and a large outdoor patio, perfect for cooling off and mass jamming!

For the organisers, having a large backstage area with a separate room for deliberations made everything a little easier to manage, especially as the main backstage room was awash with beer, food and laughter. Not an ideal environment for the challenge facing the judges! 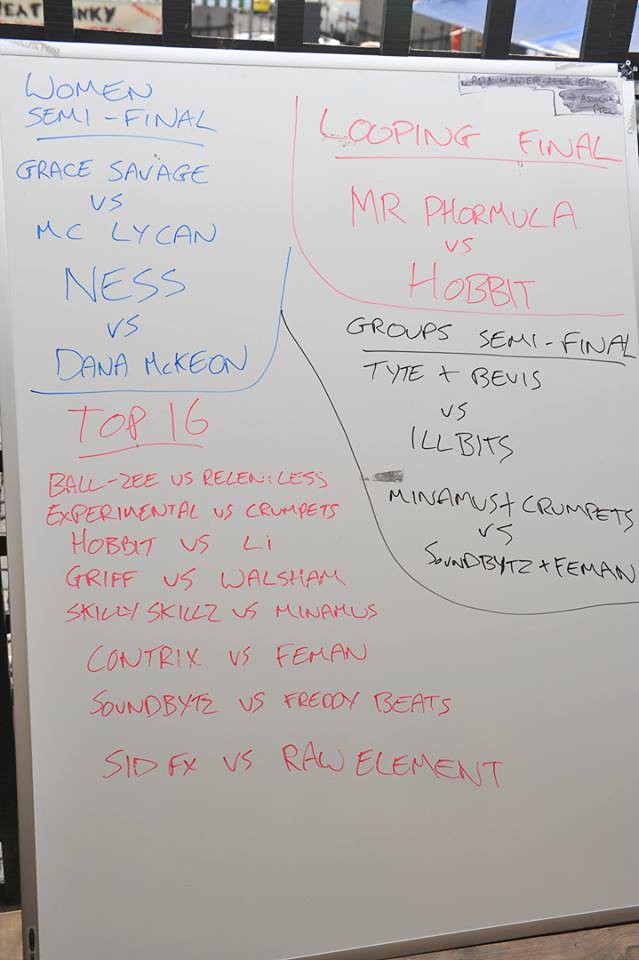 Let's Get Ready To Rumble!

The first set of battles was posted out on the patio for all to see. An act which in itself caused quite a stir as some controversial decisions saw favourites knocked out. The crowd were also getting restless as the doors were late opening due to delayed sound checks, but soon everything kicked off, both musically and metaphorically!

This review is too short to go through all of the battles, but there are videos coming soon which will show you everything you need to know! Needless to say sparks flew as defending champions Ball-zee (solo winner 2011 and 2012), Illbits (team winners 2012) and Grace Savage (Women's winner 2012) all took to the stage to face the challengers.

An honourable mention goes to legend and former HBB owner TyTe, and his team-mate Mr Bevis who showed that battles aren't all about dubstep beats and being all serious n' stuff. They delighted with a blend of technical rhythms, and good-natured humour that saw them win the crowd over, even if they weren't able to take down the incumbents. 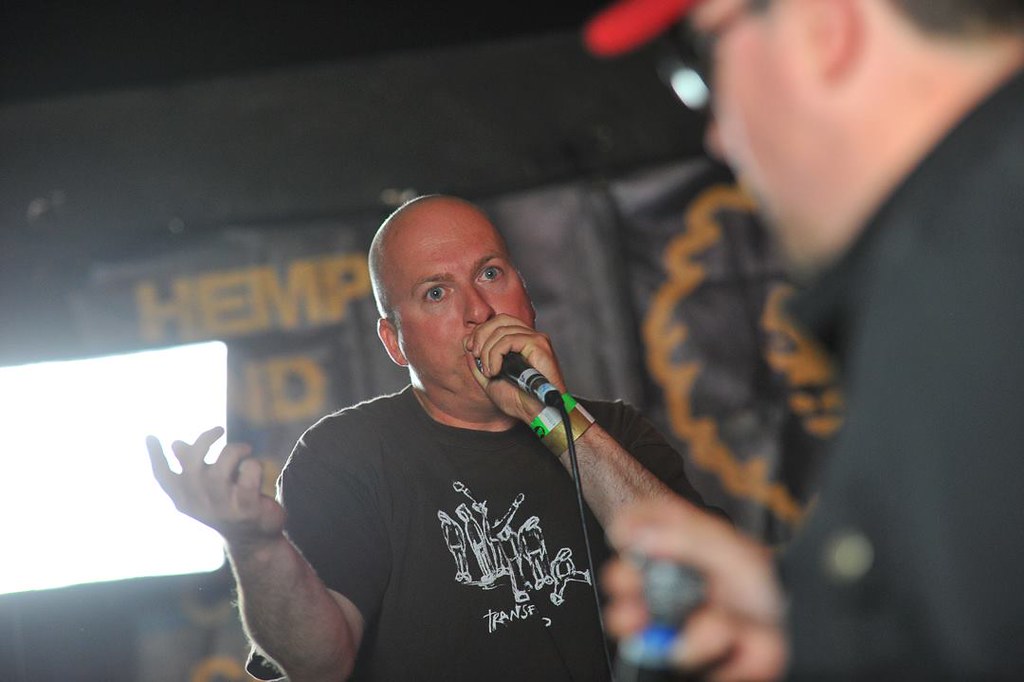 Ball-Zee created history by becoming the first person to win the main title 3 times, and he managed to do it in successive years! Grace Savage dominated the women's competition to retain her title for the second year in a row, as did Illbits (Hobbit and Marv-Ill) in the team battles.

However the star of the night was undoubtably Hobbit, taking the looping title, the team title and only just losing out to Ball-Zee in the solo final. It was close to a clean sweep for the artist that has grown up in the UK beatbox scene and continues to show improvement. Not only that, but by winning the looping and team battles before the solo final, he actually became the first person in UK Champs history to win 3 titles, sneaking that honour away from those that for years have tried to win 3 solo titles. Cheeky thing!