Between March 2019 and October 2021, The beatboxing community endured two years of remote battles and connection due to the COVID-19 pandemic

With many of the more established beatboxers waiting for in-person battles to return to competition, there was space for new talent to make names for themselves, and few young beatboxers made a bigger impression than Josh-O from the USA.

Josh-O discovered the CLIP loopstation server on discord, and soon after, he began uploading loopstation wildcards for online battles, placing fourth in the 2020 Online Beatbox World Championship and in the brand-new Kickback battle. A week after the conclusion of the Kickback, Josh-O spoke with HBB over zoom about his shimmering melodies, the creative process, learning from reaction channels (Josh-O made a point to shout out Michael Who Reacts) and his rapid ascent in the looping community.

The college-age artist from the American south also asked to keep most of his personal information private, and performed an on-the-spot remix of Row Row Row Your Boat (release date TBD).

Tani: You asked me if you could keep your full name and location private for now. Why is that important to you?

Josh-O: Yeah. I just because I kind of want to keep like, like Josh Oh, the the beatbox life and then like, my personal life with Joshua. I kind of just wanted to keep that as separate as possible, just a personal thing.

There's things associated with me, like my real name online that I'd rather not be in the limelight.

Tani: I come from the acapella world, and having been part of arranging processes, it's always a conversation about how to choose what syllables the people in the background should say. How did you choose hollewap for your harmonies in your battle against M-Age?

Actually, I am a fan of acapella as well. I do follow the collegiate scene and professional acapella groups in general, like Pentatonix and Homefree. So I am familiar with the way acapella works, and with negotiations and syllables like that.

I think a lot of it is just like, there is no specific thing I follow. It's just like, if I come up with a musical idea, I'll spout out some syllables, and if it sounds nice, then I just roll with it.

I didn’t think that far into it. I just figured hollewap [laughs].

Josh-O: Yeah, yeah, with granular delay, I do think it's the easiest sound to use and manipulate. As far as getting a consistent note, with a consistent tone. Which is why I think like a lot of loopers – especially beginner loopers – that's why they use that sound.

Tani: Staying with your style, you usually opt for major chords, while most loopers and beatboxers tend to stick with minor chords (or keys where solo beatboxers are concerned). What is it about minor chords, especially those in the phrygian mode, that is so attractive to beatboxers?

Josh-O: That's a very interesting topic. Obviously, with a minor key, that evokes more like, a, like, intensity. Like, it's more driving, I guess. And in the context of a beatbox battle, a performer or the audience, they want to feel that drive of a battle. So I guess performers are like, more drawn [to minor chords], because they know that minor keys are about those feelings.

Tani: Despite this, you choose major chords. Your melodic elements have been described as “bright” “shimmering” and “happy.” What attracts you to that style of music?

Josh-O: Yeah, like, just the way I use the major chords, there [are] more variants with like, the chord progressions that creates like that shiny feeling of my tracks. As a loop artist in competitive beatboxing, I do strive to be different from my competition. And using major chords, like the way I do, I have heard from people, they say it's refreshing compared to everyone else in the scene.

Going into kickback, people did know me for like that stereotype. Just like the bright chords, major chords. Going into kick back, I did want to not necessarily break away from it, but like, show that I can do what people like expect of like, typical loopers. So with my first round against M-Age that was like that, that house track I did. And then I complimented that with the robot one, which was more my style of musical. And same with Kristof the first one, (It's Another Day). That one was more musical, and then did break that expectation with my second round by doing you know, yeah, something heavier.

Tani: That second round you did against Kristoff shocked a lot of people considering how dark and aggressive it was relative to your other tracks.

Josh-O: Red Alert, I did want to tell some kind of story with that track.

Red Alert was actually one of the first ideas I had on the mark one, the loop station. Just like the “red alert, red alert” was like the main hook. And then I kind of just built the story around that actually.

Tani: How often are you taking an idea that you had a long time ago, and then making and making it into something new?

Josh-O: When I first got my loop station … I would work on just random ideas nonstop. So I had like, maybe 20, maybe even like, 30 just random musical ideas on my loop station. I would say that a lot of my current repertoire is based on those ideas. I want to say just because specifically, when I got the loop station, you know, like, it was brand new, so I had like that spurt of creativity. So I do draw a lot of my material from back then.

Tani: That's cool. From an outside perspective it feels like you leveled up a lot during Kickback. The official judges and unofficial reactors were in strong agreement on that front. So I'm curious, do you think you leveled up?

Josh-O: Yeah. I do believe I leveled up. Especially with my mixing. I look back in my old wildcards, and like, the drums are so terrible. I'd like to think now I've improved a lot on them, just like different EQs and like, a better understanding of like, how EQ works and how I can apply that to the loop station specifically. Because I did get advice from Sinjo, from Kba …  I did ask for some advice, and they gave me some pointers.

I do think I've leveled up [my] better grasp of how to make my tracks more battle oriented. I would like to think that my previous tracks, like my previous wildcards, were more on the musical showcase-y kind of side. With kick back I did want to put on a show with like the back and forth format.

Tani: After each battle-round the judges gave you feedback, and after each video an army of reactors gave their two-cents as well. Was any of that valuable to you?

Josh-O: I know like with the reactors, just because like most of them are like non boxers non loopers I get to have that perspective of what the general audience thinks of my stuff, which is something I do value. I did watch like, seven Chezame reactions.

And then with the judges Yeah, like getting that feedback from the professionals. Yeah, it was very good for me as far as the loop station battle aspects that I could work on.

Tani: This has been great, I’d like to end on your future. You mentioned on Swissbeatbox’s Beyond the Beats that you don’t have huge aspirations for your looping career. Can you elaborate on why that is? And has your experience with Kickback and submitting a very successful Grand Beatbox Battle Wildcard changed your perspective?

Josh-O: Yeah, totally. I do think the competitive beatboxing scene specifically is something I would love to pursue. Like, that's something I would love to go as far as possible. Just because I love the format of the competitions, the way it's presented, and I do think that is different from like regular concerts or top talent shows. I just value competitive beatboxing more.

I obviously do value looping and music. I guess I don't know if realistically, if it will ever be a lucrative endeavor. If by some miracle it was, I think I would totally jump on that opportunity. Otherwise I do think that like, it might be better as a hobby, or like a side thing. But that's my view on it anyway. 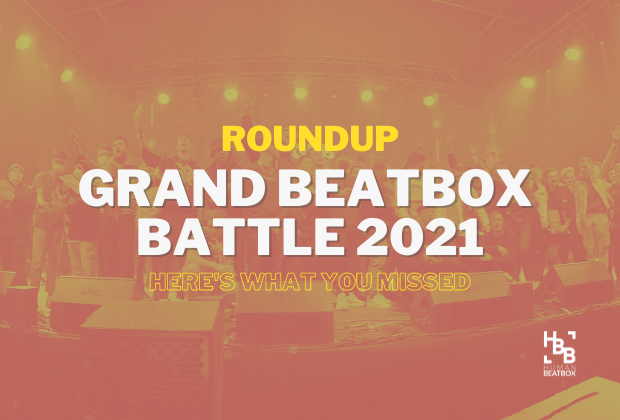 The Grand Beatbox Battle is Back: Here’s ...