From the 1980s to the year 2014, it has been over 30 years since beatboxing was born in the African-American ghetto neighbourhoods of New York City. As an artform that requires nothing but the human body, human beatboxing has gone viral from its birthplace to the whole world. It is accepted by both professional musicians and grassroot hip-hop pioneers. Since early 2000, beatboxing has grown in popularity in the Greater China region, and has been progressed and developed by many Chinese beatboxers; from Mainland China, Hong Kong, Macau and Taiwan. However, as a new sub-culture within music, little academic attention has been given to beatboxing. To meet the growing need for an academic study, as part of the research method, the author has conducted interviews, made informal conversations and completed a survey. The discussion will mainly focus on the current state of beatboxing, not only as an artform, but as a commodity and novelty. The research is also from the perspective of the author’s own experience and observation as a beatboxer actively involved in the Chinese beatbox scene.

The Origins of Beatboxing

Originally the term ‘beatbox’ is a shortened form of ‘human beatbox’, which indicates the act of imitating sounds from non-programmable drum machines that were first called rhythm machines. It was a time (1980s) when rap music, a music art form of rhyming lyrics along with rhythmic beat, was evolving rapidly in the African-American communities of New York, such as Bronx, Brooklyn and Queens. However, prices of these drum machines were high and unaffordable for both young people living in the ghetto neighbourhoods as well as many professional musicians. As a result, the need for percussion rhythms was fulfilled by the creation of drum sounds and rhythms from people’s own mouths - and the term ‘human beatbox’ was born. (Defenicial & TyTe, The History of Beatboxing)

Beatboxing was not introduced to the Greater China region until 1999, when Rahzel, the ‘Godfather of Noyze’, released his revolutionary music album ‘Make the Music 2000’. Since then, there has been significant progression in the Chinese beatbox scene, thanks to the Internet revolution and also the uprising power of the new generation. However, as a new artform, beatboxing in China is still in its infancy, and little academic attention has been given to it. Through this article, I will be discussing how beatboxing has been adopted in the Chinese culture as an art, commodity and novelty.

Although there has been discussion on the academisation of hip-hop (Söderman, 2013), the culture of which beatboxing stems from, beatboxing has been developing mostly outside academia, and separately from other vocal styles commonly studied by universities and conservatories. However, there have been a few academic studies on the topic, mainly completed in the 21st century. In 2005, in probably the first academic research ever completed, Karren Lederer completed The Phonetics of Beatboxing as her undergraduate degree dissertation, and it has been frequently cited later by researchers interested in this field. In the following years Stowell and Pumbley further recorded and described the acoustic qualities of beatboxing from a music production approach (Stowell and Pumbley, 2008, 2010). The phonetics studies of beatboxing was also improved by Splinter and TyTe (2005), as they came up with an informal notation system (Standard Beatbox Notation, SBN). Via magnetic resonance imaging technology, Proctor et al carried out a paralinguistic research in 2012. It described the paralinguistic mechanism of production in the art of beatboxing. 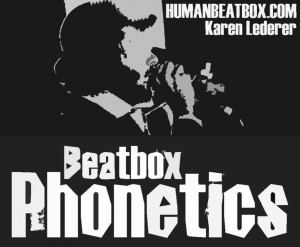 From a neuroscience aspect, McGattigan (2011) had also discovered that top level beatboxers, as she made magnetic resonance imaging (MRI) scans for Harry Yeff, the two-time UK beatbox champion, are more active in the primary motor cortex, the part of brain that controls body movements.

From a historical perspective, beatbox pioneers Defenicial and TyTe posted an informal article titled The Real History of Beatboxing on humanbeatbox.com in 2004, clarifying credits to beatbox contributors and differentiating different stages for ‘Old Skool Beatboxing’ and ‘New Skool Beatboxing’. In addition, Estonian scholars Ojamaa and Ross have discussed, on the Estonian national beatbox battle, the idea that beatboxing competitions relieve social and racial strife because they brought Estonian-speaking and Russian-speaking beatboxers together. However, there is scarcely any cultural studies on beatboxing when it comes to China. There have been numerous studies on the hip-hop scene in China, but no attention has yet been paid to beatboxing, which is still a brand new phenomenon for the Chinese academia.

As a beatboxer personally engaged in the scene since 2006, I am going to discuss the Chinese beatbox scene from three different approaches:

2. Beatboxing as a Novelty Act

3. Beatboxing as A Commodity 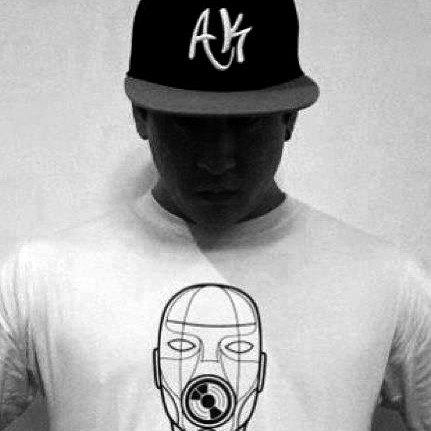