Grace Savage has twice been crowned the official UK Beatbox Champion. She is quickly establishing a name for herself in the music industry as a distinctive solo artist and since being spotted by producer/songwriter Dee Adam (http://www.turnfirstartists.com/producers/dee-adam/ ) in the summer of 2012, has been working hard in the studio to create the unique sound of her debut album.

Fronting a live band, beatboxing and singing, she has shared the main stage at ‘As One’ festival with the likes of Rita Ora and Katy B, supported Labrinth at Kent Uni Summer Ball, as well as performing a solo set at the Rumshack at Glastonbury festival last summer. Grace supported Newton Faulkner on his UK tour, which culminated in her playing two nights at the Shepherds Bush Empire. She plans to showcase to record labels early next year.

Grace has recently been chosen by Elle magazine as one of the ‘Top 100 inspiring women’ as part of their feminism issue, December 2014, among an impressive list including Angelina Jolie, Oprah Winfrey and Annie Lennox (http://www.elleuk.com/now-trending/elle-inspire-100-women-empower-victoria-beckham-angelina-jolie-malala-emma-watson#image=67 ). She has also received national press through her recent work in theatre. Her role as ‘Jade’ in a revival of Home at The National Theatre (following a sell-out run in August 2013) was mentioned by the Telegraph as ‘The pièce de résistance’ and Savage a ‘phenomenal female beatboxer’.

The guardian recently ran a feature on Grace and promoted her solo theatre show Blind, which she co-created with The Paper Birds Theatre Company (http://www.theguardian.com/lifeandstyle/2014/aug/04/champion-beatboxer-grace-savage-edinburgh-women-sound) . Following a fantastic run at Edinburgh Fringe Festival, Grace has just completed an Autumn UK tour of Blind and plans a run at a London theatre in the summer 2015.

Savage’s beatboxing is fabulous (The Guardian)

‘Fantastic beats and sounds while singing beautifully…a girl turning into optimus prime before your eyes and ears is something to behold’ (Krank.ie)

‘The first track was sensational and the power she demonstrated not to forget the melodic beauty, quite sensational’ (ringmaster review)

‘YOU’RE BEATBOXING IS INCREDIBLE, YOU SOUND LIKE AN MP3’ (Will Smith, Actor) 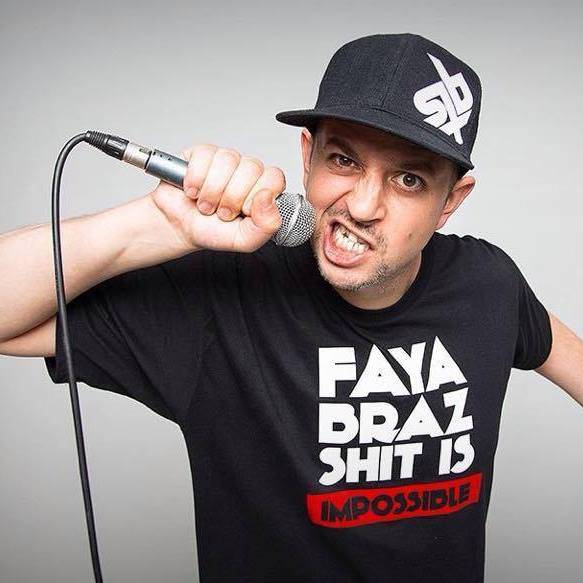