Let's take it old school and trace back the very beginnings of beatbox in New York City.

Beatbox fundamentally began in New York City in conjunction with the birth of the hip-hop subculture on the streets of Harlem. Although the four elements of hip-hop, MCing, DJing, breakdancing, and graffiti, have garnered great respect in the global art community, beatboxing culture remains fairly undocumented.

Documenting beatbox history is absolutely essential in our journey of legitimizing beatbox as an art form. We at humanbeatbox.com are continually updating this article as we continue our research and gain more insight into the history of the global art form.

This article was written by Jon Park, TyTe and White Noise with the help of D-Cross, Baba Israel, Kid Lucky, and Kaila Mullady.

Despite the fact that Beatboxing is an important element of Hip-hop and A Capella, some people still aren't clued up as to what beatboxing is all about!

Beatbox is the musical expression of the body through the innovation of sounds and the crafting of music by only using the mouth, throat, and nose.

Contrary to common belief, beatboxing remains a rapidly growing art form that transcends the sole replication of drums and sound effects in favor of full musical performances. Beatbox is a primal human art form that utilizes the physical body as a versatile instrument. Musical expression through the body stands at the core of human communication, making beatbox a very organic art form.

Where did the term beatbox come from?

The term 'beat box' was used as slang for the non-programmable drum machines that were first called rhythm machines. For example, the Roland TR Rhythm Series, including the TR-33 and TR-55, were produced in 1972. Later it was used to refer to a particular line of drum machines - particularly the Roland CR and the later TR series with the Roland CR-78 appearing in 1978.

However, the first rhythm machine was the Wurlitzer Sideman that was made between 1959 and 1964, and this did come in a large box - so it's possible that the term "beat box" was used to refer to this machine: 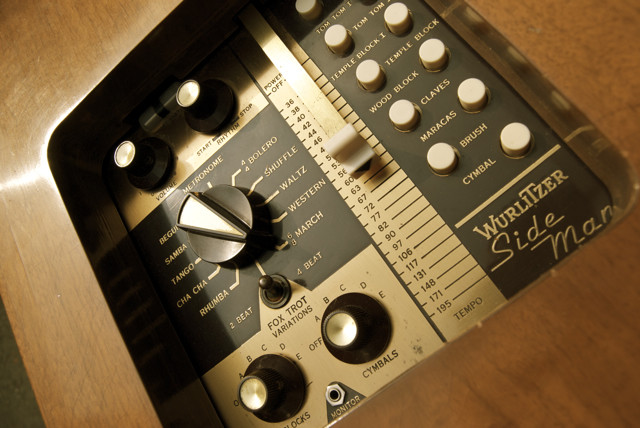 The first time “beat box” was used to refer directly to a rhythm machine was in the 1970s with the ELI CompuRhythm CR-7030 Beat Box. 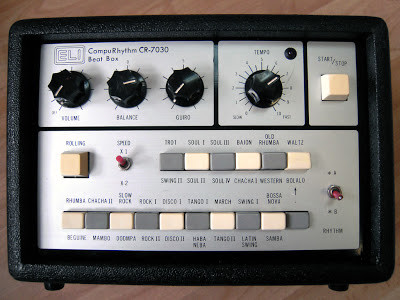 And here is the staple of hip-hop music, the coveted Roland TR-808 drum machine released in 1982. 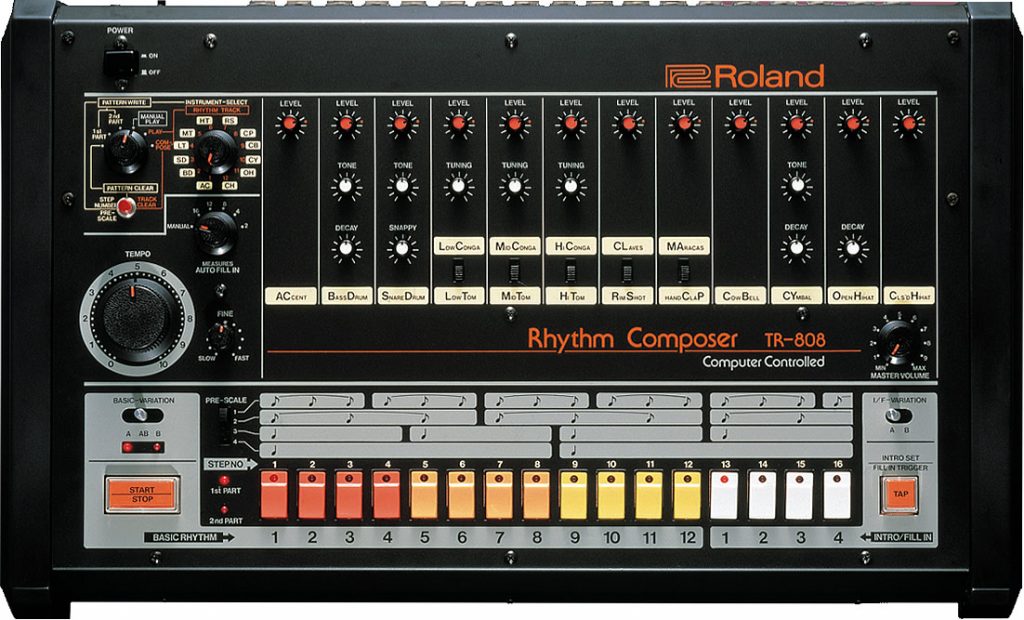 Where did it all begin?

Beatboxing, like graffiti, began its life as an urban art form. The beginnings of hip-hop are well known - DJs spinning the breakbeats in records with MCs rapping over the top. When MCs starting to rap over drum machine (beat box) beats in the urban communities of New York City, especially in the Bronx, drum machines and synthesizers were not very affordable. Samplers were well out of reach even for well-paid musicians.

Necessity is the mother of invention, and without machine-supplied beats to rap over, a new, more accessible instrument was adopted - the mouth - and thus human beatboxing was born.

In the early to mid-eighties, three names stand out head and shoulders above the rest - Darren 'Buffy' Robinson, Doug E Fresh and Biz Markie.

There has been a great deal of discussion about who was the very first beatboxer, but one thing is for sure: in 1983, a trio from Brooklyn won a talent contest at Radio City Music Hall. The trio, formerly known as The Disco Three, was comprised of Mark "Prince Markie Dee" Morales, Damon "Kool Rock-Ski" Wimbley, and Darren "Buff the Human Beat Box" Robinson.

These were The Fat Boys. Buff Love, or Buffy as he came to be known, helped the group win the talent contest through his ability to use his mouth to recreate hip-hop rhythms and a variety of sound effects. Buffy championed the iconic bass-heavy breathing technique, which was popularized by Grandmaster Flash, the DJ of the Furious Five.

The prize? A record contract.

Rumor has it that the band were gutted since they wanted to win the second prize of a stereo! The Fat Boys enjoyed a short but successful career, splitting in the early 1990s to go their separate ways. Sadly, on Dec 10, 1995, Darren "Buffy the Human Beat Box" Robinson died of a heart attack in Rosedale, NY. 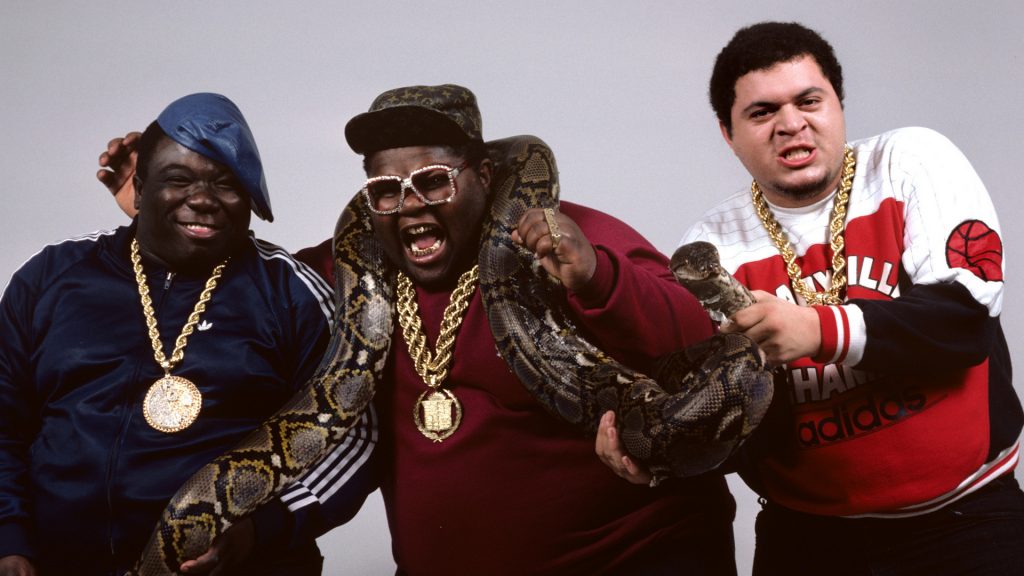 Also in 1983, Doug E Fresh (Doug E Davis) made his first appearance on a single for Spotlight called 'Pass the Budda' with Spoonie Gee and DJ Spivey, although Doug E. Fresh claims that he coined the term "human beatbox" in 1980. There are also claims that DJ Barry B, the DJ of Get Fresh Crew, actually coined the term, suggesting to Doug E Fresh that he use the term in between his sets.

In 1984, Doug featured in the classic hip-hop movie Beat Street alongside the Treacherous Three, which launched him up as one of the greatest beatboxers of all time. Doug was known for his distinctive style featuring, amongst other sounds, the now famous click rolls. In 1985, Doug E Fresh and the Get Fresh Crew (MC Ricky 'Slick Rick' D, Barry Bee and Chill Will) released the now classic hip-hop double-A side, 'The Show/La Di Da Di'.

By 1985, beatboxing was taken forward by other artists, such as Biz Markie. Although a rapper, he started working as a human beatboxer with acts like Roxanne Shanté and started developing techniques including MCing between the beat, the inward hand clap, and the harmonic tap. Biz is also credited for adding a unique spin to beatbox by incorporating singing while beatboxing, opening up new doors for creativity and musicality. 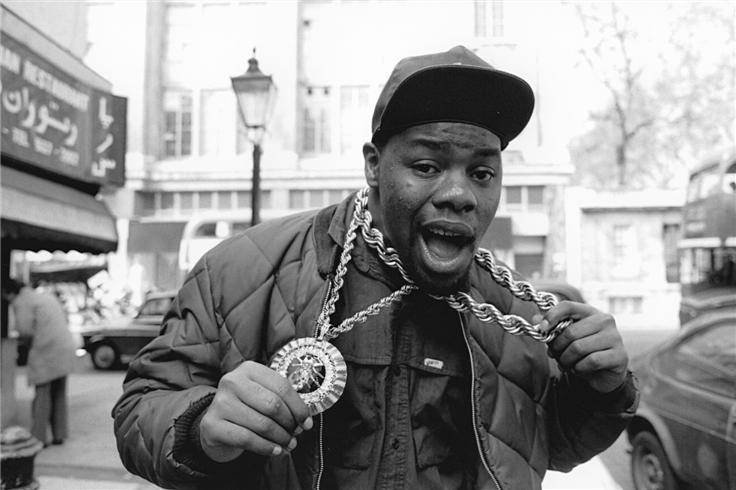 D-Cross, a Queens native and an instrumental artist during this time, described beatbox as "catching like wildfire." Contrary to documented beliefs that beatbox rode the crest of the hip-hop wave by featuring on albums and videos and then it all abruptly ending, a new underground wave was born.

By the 1990s, hip-hop outside of rap was no longer center stage and beatboxers were held back by people's perceptions of them as novelty value circus acts. Emcees began picking up the basics of beatboxing and everyone seemed to be able to do it at one point. At almost every show now, it was routine to bring out a beatboxer and it began to be perceived as a commodity.

Bobby McFerrin (Beatboxing/Vocal Percussion) popped up in jazz, and was the foundation for a new breed of A Capella groups using soft organic percussion to keep time in their tracks. The art form spread slowly and quietly into many genres, including rock music with the group The HouseJacks, and jazz great Bobby McFerrin showed off more and more of his skills as his audience grew.

Vocal boundaries were also smashed by Michael Winslow the Vocal Effects Master. You probably know him as the guy from the Police Academy movies who does the amazing sound effects that you, like me, assumed were fake. He also did behind-the-camera sound effects for films such as Back to The Future. However, many people didn't consider him a beatboxer or a musician, but strictly an entertainer.

While Doug E Fresh and Biz Markie were out and about touring, beatboxers began to emerge in the underground community towards the late 80’s and early 90’s, largely due to Doug and Biz’s influence. Ready Rock C was also emerging onto the front stage, touring with DJ Jazzy Jeff and Will Smith, who went by the alias Fresh Prince. Queen Latifah also began her career through beatboxing in 1988, beatboxing for the all-female hip-hop group Ladies Fresh.

Wise from the first live hip-hop group, Stetsasonic, integrated beatboxing, human percussion, and a live band with uplifting lyrics that inspired a new genre of hiphop.

The underground community then emerged in the United States. Battling was an integral element of beatbox culture, with beatboxers battling each other across boroughs to build rep and get their names out there. At that time, battles were hard-fought and grounded in hardcore hip-hop culture. Once a beatboxer lost a battle, they wouldn’t even dare to show their face again in that community.

Rahzel and Kenny Muhammad were two names that we might all recognize. Rahzel was battling across boroughs during this period, before his huge break with The Roots. Kenny Muhammad began to push the art form, implementing new techniques like the “wind technique,” which, for many beatboxers, symbolizes the start of the second wave.

Emceeing had its time in the spotlight and so did DJing and breaking. However, beatboxing was never seriously considered as an integral element of beatbox.

We were seen as something separate. Through that, we built our own community. - Baba Israel (NYC)

With the likes of Kid Lucky and D-Cross throwing parties and jams, the New York beatbox community began to emerge. Beatboxers from all over New York City gathered and for the first time: beatboxers were coming together to make music, rap and network to cultivate the sharing culture we have today.

In Part 3, we will trace the history of the new school beatboxers, Rahzel, Kela and the role the Internet has played in bringing beatboxing to a wider audience. 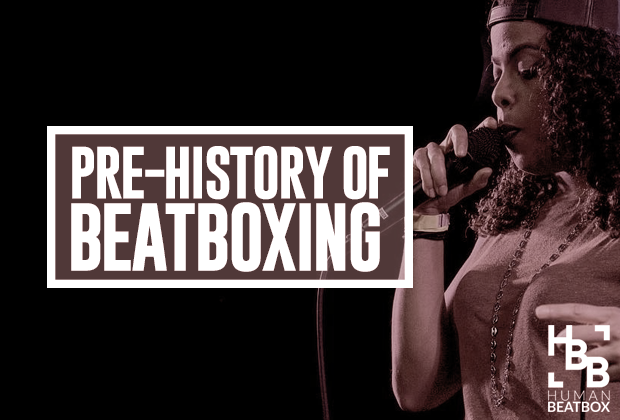 Part 1: The Pre-History of Beatboxing