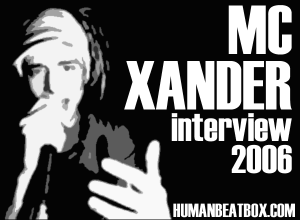 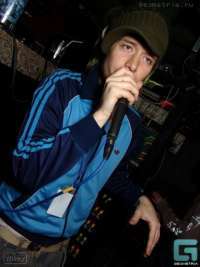 What got started in beatboxing?

I used to come out of breakbeat clubs with these thumping sounds still bouncing around in my head so I started trying to emulate what I heard on the dance floor.... saucer eyed people who had double dropped an hour ago and who hadn't realised the club was closing gathered round and danced for a bit and MCs would come up and ryhme - an instant bloc party in the fabric Q to get your coat.

Where do you get your influences?

My influences come from tunes more than they do beatboxers - no disrespect to the community, but i can only listen to most beatboxers in short bursts. After the initial gimmickry 'wow', I just feel like putting on some other music. Yep... clever.. hmmm... nice snare... yer, maybe its just cos I know how its done and the novelty value has worn off - I want more. The beatboxers that have always fascinated me are those that do it artistically and create music that stands up by itself as music, even if you forget that it is created with the mouth.

You are known for your amazing live looping techniques. How did you get into this apsect of beatboxing?

I wanted to be able to get up there and perform my music live and looping is technology that allows me to do it. My tracks are far too complex to reproduce any other way, apart from getting other vocalists involved (which is something I plan to do after I've recorded the next album). I was working with Steph Horak, a classically trained vocalist for one of my tracks 'Noise', and it was sooo fat. I've got to do more of that, possibly in a live setting.

Can you give any advice to people who are interested in live looping? 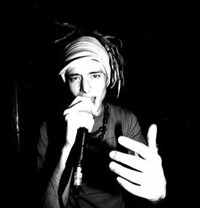 Have you got a unique sound and if so, how do you make it?

Yeah, I think my style is pretty unique. It's pretty much all I do these days – I just get deeper and deeper into that world, y’know? The way you get a unique sound is to try and stay true to what you want to express, to listen to shed loads of music, to constantly be critical and realistic to your own abilities, to never get complacent. It's easy for beatboxers to rest on their laurels. I mean, you get up there, do your stuff and everyone is blown away. Of course! Beatboxing is the just about the coolest thing on the planet! But what are you gonna do with it? Forever be the novelty act between hip-hop DJs? Nah…it's time for everyone in the scene to push things forward. We gotta concentrate on what we want to put out there and re-jig the status quo.

Have you got any forthcoming releases on CD or DVD?

DJ Hyper Album features my emceeing on the track 'We control'. I dunno when that's coming out - I should check really! Also Rogue element is releasing a track with me on exceptional records soon. I’m on the Atomic Hooligan album, the band I’m touring Japan with in November, and a breaks track of mine using beatbox is being released on Fat! Records after Christmas. Plus my EP, Outside the Box is being sniffed about by a few labels but I’m mainly using it for promo. Anyone interested should e-mail info[at]mcxander.co.uk and I’ll send an address to send a S.A.E.!!

How did you come across Humanbeatbox.com?

Cos all my geekboxing (heh heh only joking) buddies told me that the promised land is to be found in cyberspace. And they’re right! Humanbeatbox.com is such an unbelievably tight project AND the championships they organized were one of the phattest nights I’ve ever been to!

Have you ever entered any competitions?

I won the competition advertised on Humanbeatbox.com that Kid Lucky organized through beatboxing.com to find the best layered track.

Yeah! Big up the MC blue, the girl with the dopest lyrical flow, MC Indy, Atomic Hooligan, Eddy-temple Morris, Kid Lucky, Shlomo, my beardy friend Beardyman and all the other nu-skool jedis that are keeping the originality and creativity flowing and expanding throughout the beatbox community.