Home›Articles›Opinion: Why Mark Martin Won and Why You Still Don’t Believe Us

Opinion: Why Mark Martin Won and Why You Still Don’t Believe Us

A year later and we still hear this

So it’s been a year since the 2016 American Beatbox Championships and people are still salty about Mark Martin winning. Up until now, we have remained silent about this, but no more!

Let’s get into the nitty gritty over-analysis of something that has been looked at too much already.

First, we want to point out how some have taken this too far. Swissbeatbox has stated how hosting the videos hurt them with negative responses, record dislikes, and mass exodus from their channel. Many of the organizers, participants, and judges came out to say how rude people have been to them, accusing them of plotting to sway the results.

We at HBB found the hate from our community to be shameful, and couldn't believe it was happening until we saw it for ourselves. We hope you, the reader, feel the same and refuse to blame any individuals who make content for you. However, if you don't feel the same way, this article will shed some much-needed light on the results.

First off, let’s talk about Mark Martin, a beatboxer who seemingly came out of nowhere in the 2015 American Champs, with a weird serenade about Mike Lackey. 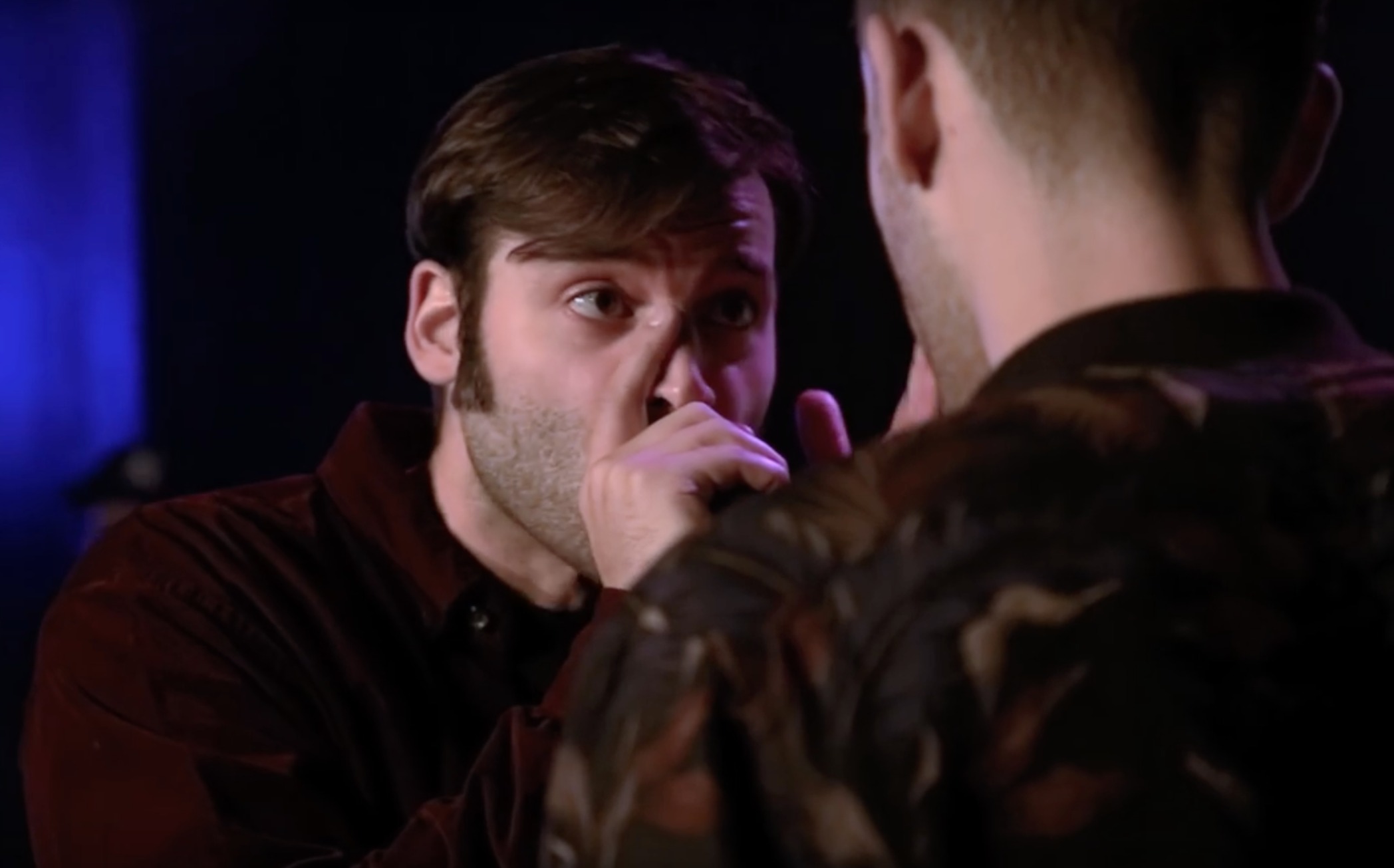 That is because, until 2015, Mark went under the beatbox name Mandibul. He had a clear Reeps One influence earlier on. And he’s been around for a while in the NYC beatbox scene, having attended the American Championships since the champs in 2011.
[Check out Fat Tony's video of Mandibul]

Mark is a performer, performing with acts like Voca People and has been featured on MTV.
He also teaches beatboxing in workshops across New York and does private lessons. Needless to say, he is a beatboxer to the fullest extent of the word.

In this 2014 video on New England Beatbox you can hear Mark’s style developing to what it is today.
*Note the liprolls in 2014*

Mark’s style is the quality of sound over speed. And that is what people miss. He sounded crisp, powerful and it got you moving. When watching the battles, listen to the crowd. You can hear a clear difference in audience responses. Now the argument can be made: “what does the audience know?” Mind you, American Beatbox Championships are traditionally open eliminations with typically over 100 entries. The audience is mainly beatboxers, is the point.
But let’s back up a bit. Mark had power behind his beats. The argument we see is that everyone had power in the videos. Sigh. Do I have to explain compression…

Compression (Okay, I guess we are)

“Dynamic range compression (DRC) or simply ‘compression’ is a signal processing operation that reduces the volume of loud sounds or amplifies quiet sounds by narrowing or compressing an audio signal's dynamic range.” - Wikipedia

Compression is the most common way to edit beatbox videos. What this does is bring up very quiet sounds and boost them. In online battles, this can make a very quiet beatboxer sound very powerful and dynamic. But at a live event where the audio is set before the match, this can pose a problem to those used to setting their own audio or those not used to stage audio. And the audience can hear the difference. But then when the video is being edited, compression can be added.

This can be a factor when watching the finals of the American champs. Trung Bao is an amazing beatboxer, don’t get us wrong. But his bass is not that low or strong. For example, you can compare the audio in the semifinals between Trung Bao and Napom. Mark has a deep bass, though not as low as Napom, who can shake the cameras recording the battle, but still massive compared to Trung Bao. Some of the drops Trung Bao did just didn’t hit the same way as they did on Youtube.

Mark didn’t need compression on his beats. The bass you heard in the videos is the same that the audience was feeling and dancing to. His chest bass hit hard, the liprolls were punchy, the shoeless dance felt heavier than it should have. 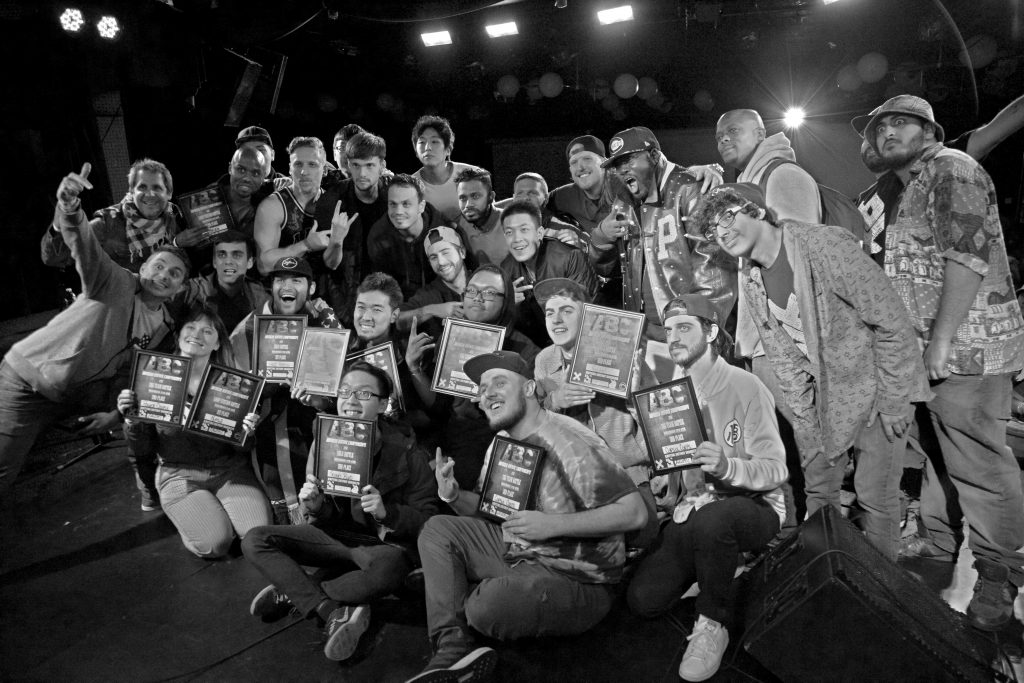 Another consideration is the competitors. 2016 was a massive change in the lineup. No one from the Beatbox House competed (NOTE: Mark Martin and Bloomer are not members of the Beatbox House) and many new faces came to battle. Big online names, like Voiid and Audical, and lesser-known names made the main stage, like Komodo, StateStreet, Julian Welsh, and Wunknown. International beatboxer, Trung Bao, entering also was a surprise, as he is a foreign student and not a citizen. Even with the new faces, there were other issues that made the bracket off balance. Both Trung Bao and Komodo did not go for their best during eliminations, ranking them much lower than their actual skills, as seen in the battles.

And yes, for all of you Trung Bao fans, we DID talk to Trung Bao right after the elimination night and confirmed by him that he did hold back during the elimination round. This was in part because he wasn’t sure if he should enter. Of course, the American champs is open to all that who are living in the USA and Trung Bao was attending school in Oregon. But if he hadn’t held back, we believe he would have been top 4.

This ranked the returning major players, Mark, Tyla Dubya, Villain, and Bloomer, much higher than all the other beatboxers. Whether these played a role or not is debatable. But new faces mean unknown skills which can lead a higher ranked beatboxer to low ball battles.  **cough** Bloomer vs Komodo

Since the American Champ’s, the trend of criticizing the judges has emerged. This has always existed, but not with the vigor it had for the 2016 American Beatbox Championships.

The biggest criticism was that both Kaila and Gene were on the judging panel. While many cannot believe that someone can rationally judge their close friends, it does happen. 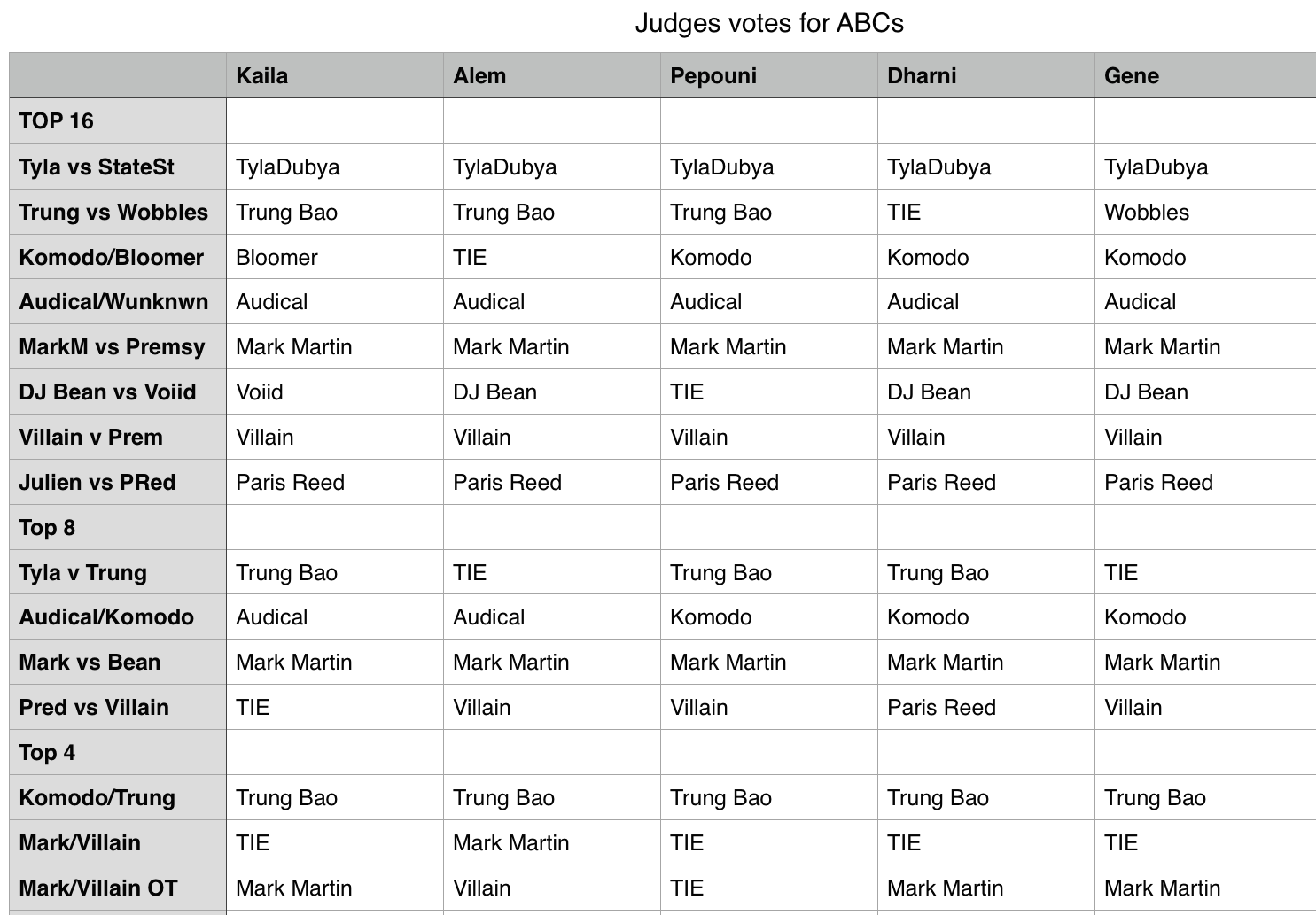 Yes, I took the time to make that

But let’s sidestep the argument completely. If you look at the chart above, you can take both Kaila and Gene out of the equation, and the results would remain the same. IF Kaila was taken out completely, the results remain unchanged. And if Gene was taken out as well, the only change would have been a double overtime between Mark and Villain.

Now if you have a problem with Dharni, Alem or Pepouni’s judging skills, then we are at a loss for words. If you think you have better knowledge about beatbox over the only two-time winner of Grand Beatbox, the World Beatbox Champion, and the owner of Swissbeatbox, then we are not sure what to tell you, because you should already know the answer.

We Must Do Better

So what do you think? Still against Mark for winning?

At the end of the day, there was no animosity between anyone at the 2016 American Champs. We're a family, and the after party celebrations showed exactly that.

The problem mostly manifested online, as the "Mark Martin Won" meme became so prolific as it has. It ended up bleeding into battles where Mark didn't even attend. And as ridiculous as it has become, the joke is stale.

Mark Martin is a professional beatboxer who spent just as much time honing his craft like any of the competitors in the championships. You may not like his style and that is your opinion, as this is ours, but it is never okay to give such massive amounts of negativity to a fellow beatboxer. 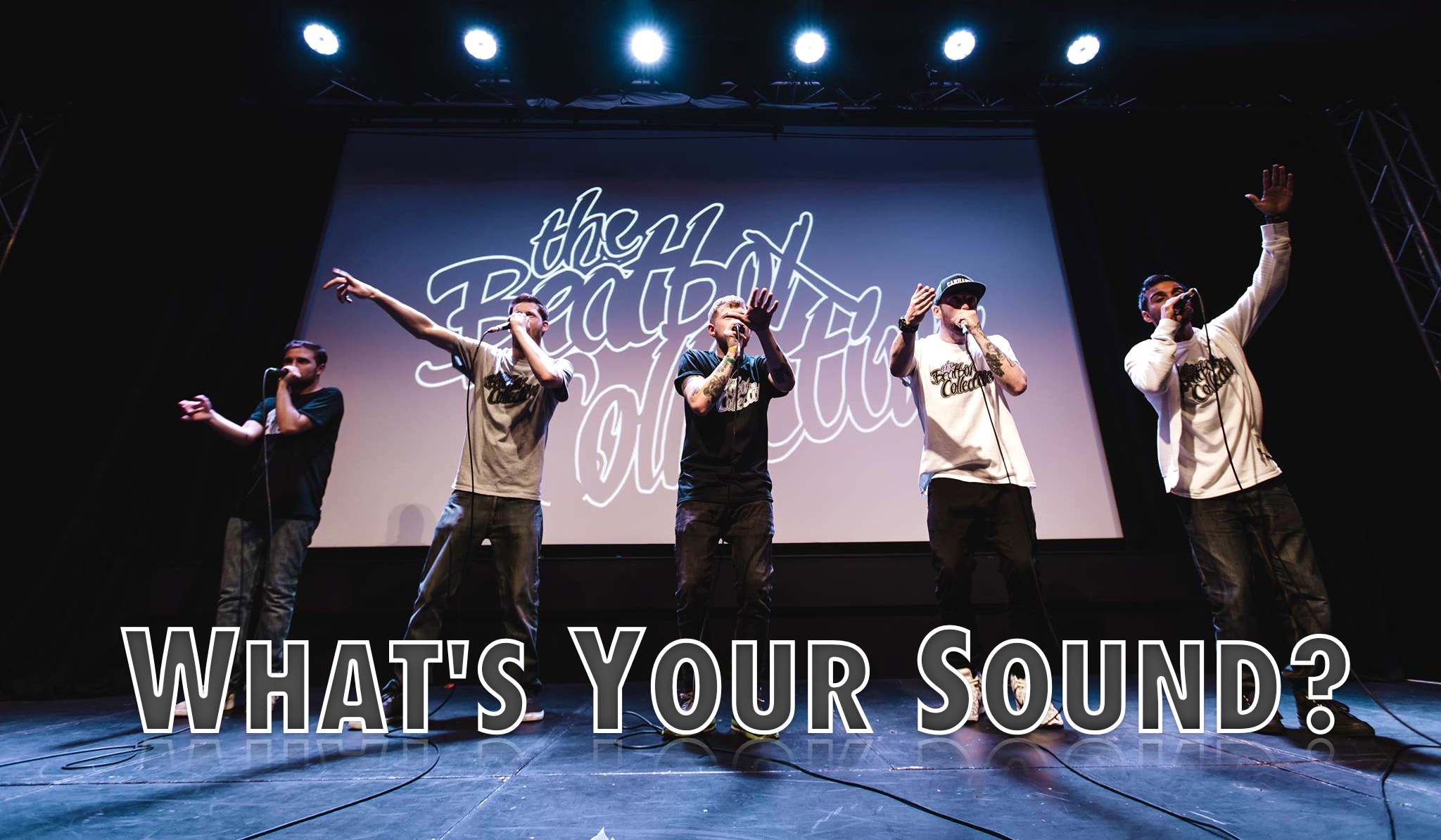 Review: The Beatbox Collective - What’s Your ... 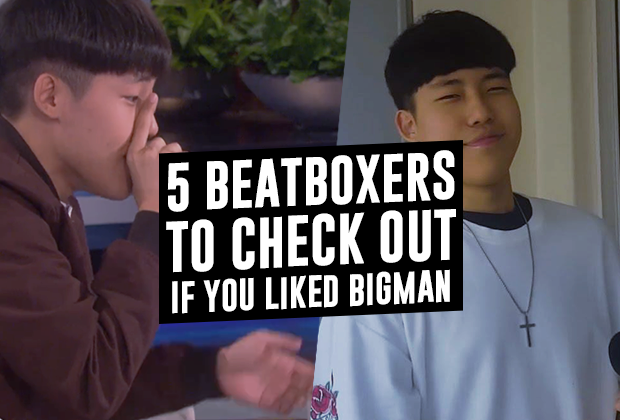